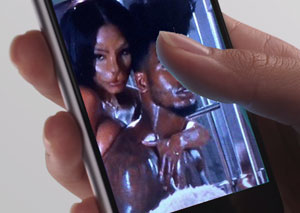 Kanye West debuted his bizarre new music video on the MTV Music Video Awards (VMAs) a week ago… and nobody cared.

Until the next day. Then it went viral.

The reason is simple: young people are changing the way they view entertainment media.

Young people are no longer limited to a time and place to watch what they want to watch. With almost 88% of American teens owning smartphones this year, this allows young people access to entertainment media on countless platforms, from 6-second Vine videos, 10-second Snapchat videos, quick little YouTube videos… or full on Netflix binges.

So when Kanye posted his new music video Fade (85% racy, 15% drug trip) at the VMAs, most young people didn’t see it until they read about it on their small screens in the 24 hours to follow.

This trend isn’t killing traditional TV… but it sure is hurting MTV, the ex-pop-culture giant who at one time “owned” 14-year-olds.

That leads you to wonder: who owns 14-year-olds today?

For those of you who have been my readers for years now– you probably remember me citing the MTV VMAs as “the” porthole into the world of youth culture each year. Funny how that’s changing.

This is what I unveil in my brand new Youth Culture Window article on the subject titled, “I Don’t Want My MTV.”

Jonathan McKee speaks to parents and leaders worldwide. He is the author of over 20 books, like the brand new, 52 Ways to Connect with your Smartphone Obsessed Kid.