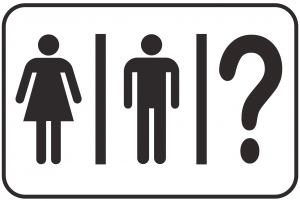 There’s been a lot of buzz about gender identity recently, and young people are taking note. The question is… what are they resolving as true?

I stumbled on two very helpful resources in the past few weeks that provide really good information and provoke meaningful conversation. One is a video that simply makes you stop and think logically for a moment. The other is an extremely insightful statement to educators and legislators published by The American College of Pediatricians that looks at gender ideology medically and scientifically.

I’ll highlight each resource below, and then provide discussion questions you can use to dialogue with young people about these resources.

I preface this post by saying—this is an incredibly difficult subject to even talk about today. It’s tender for me, because someone I deeply care about is experiencing these feelings right now. And many of you know and have experienced, if you voice any disagreement about the transgender movement… you are often deemed “a hater.” Because of this many people avoid the conversation. Meanwhile, loud voices are shouting, “Everything is okay.” “Go with what feels right.” So I urge you to approach this subject prayerfully and cautiously. If you are a believer in Jesus and the Bible, like I am, then remember a foundational truth of our theology: we are all sinners and we all need Jesus. And the more time we spend time reading the Gospels and studying Jesus, the more we’ll notice two things out of him: 1. He had incredible compassion and grace for sinners. 2. At the same time he wasn’t afraid to tell the truth. He never bent his theology to get out of a sticky situation. So pray for that balance. Approach the subject in love and as someone who doesn’t have all the answers. Talk more about what you are for, instead of “clanging” about what you are against. And remember, the person you are sitting with might be experiencing these feelings. Pray you can be a source of grace and truth to that person, remembering you probably won’t have the opportunity to share truth if you don’t demonstrate grace.

College Kids Say the Darndest Things: On Identity
The first resource I encountered was an eye-opening video from The Family Policy Institute of Washington (thanks Walt Mueller for blogging about this). I didn’t know where the interviewer was going with this at first… but stick with it. Very thought provoking.

I love his approach. No lecturing, just good questions and a lot of listening.

NOTE: Emphasize that the point of this is NOT to question people about their gender, but instead, to consider our own thinking and reasoning as we evaluate truth.

Gender Ideology Harms Children
The second resource was an intriguing article from several esteemed doctors, like the President and Vice President of the American College of Pediatricians, and the professor of psychology and former chief psychiatrist at Johns Hopkins Hospital. I can’t begin to articulate as well as this article does, so I encourage you to read the article word for word. Truly fascinating! But here’s the gist:

The statement not only clarifies misconceptions about a third sex, but it also illuminates that… and I quote… “a person’s belief that he or she is something they are not is, at best, a sign of confused thinking.” In fact, Gender Dysphoria is a recognized mental disorder by the American Psychological Association. Since this is a psychological problem that exists in the mind, not the body, it would actually be “abusive” to recommend puberty-blocking hormones.

Why do they discourage chemical or surgical changes until after adolescence?

The authors go on to say, “Conditioning children into believing that a lifetime of chemical and surgical impersonation of the opposite sex is normal and healthful is child abuse.”

The statement concludes with this bold proclamation about those who encourage GD children to impersonate the opposite sex and take puberty blocking hormones:

Never has it been more scientifically clear that children and adolescents are incapable of making informed decisions regarding permanent, irreversible and life-altering medical interventions. For this reason, the College maintains it is abusive to promote this ideology, first and foremost for the well-being of the gender dysphoric children themselves, and secondly, for all of their non-gender-discordant peers, many of whom will subsequently question their own gender identity, and face violations of their right to bodily privacy and safety. (emphasis mine)

Paul McHugh, the author from Johns Hopkins, had written another article on the subject back in 2014, Transgender Surgery Isn’t the Solution, sharing how Johns Hopkins, the first American medical center to venture into “sex-reassignment surgery,” actually stopped doing the surgery because the patients were just as troubled after the surgery.

He wraps up that article with the following:

At the heart of the problem is confusion over the nature of the transgendered. “Sex change” is biologically impossible. People who undergo sex-reassignment surgery do not change from men to women or vice versa. Rather, they become feminized men or masculinized women. Claiming that this is a civil-rights matter and encouraging surgical intervention is in reality to collaborate with and promote a mental disorder.

I hope these resources provide an avenue for discussion. Today’s Christians need to be on the lookout for opportunities to engage in pleasant, soft spoken, meaningful dialogue (not monologue), where we get a chance to listen to the needs of others and share a little truth.

NOTE: I shouldn’t even have to say this, but, it’s not helpful to start throwing out wild conjecture like, “If we allow Transgenders in bathrooms that will open up opportunities for them to molest kids!” (Just listen to how offensive that sounds. That’s a sure way to end a conversation… not to mention… it’s spoken from fear, not fact.) Be conversation starters, not enders.

MORE ON THIS SUBJECT:
If you enjoyed this post, Jonathan recently talked about the subject of gender issues on Dennis Rainey’s radio show Family Life Radio, and has written several articles about reaching kids experiencing same sex attraction. JONATHAN McKEE is the author of 20 books, including two books about sex, SEX MATTERS and MORE THAN JUST THE TALK.

6 Replies to “Dialoguing About Gender Identity”