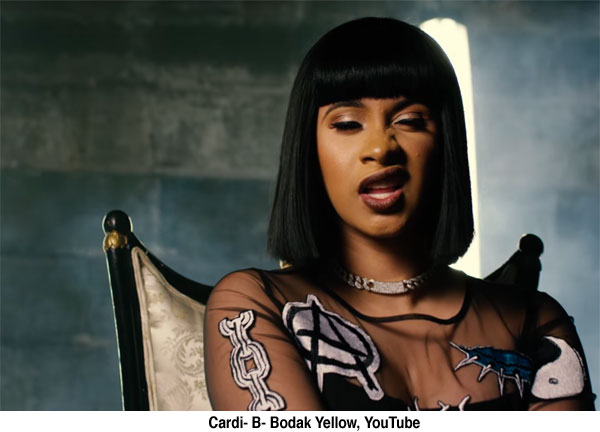 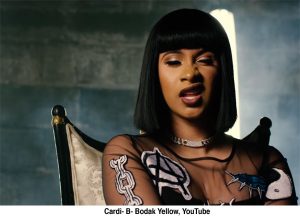 I guess it’s a good time to ask this question when the No. 1 song on the charts articulates, “I want to show my mouth your favorite places, let me trespass your danger zones until I make you scream.”

Whenever I speak to parents I tend to provide them with a glimpse into the world of youth culture: the apps young people frequent (on their smartphones at an average of 2 hours and 38 minutes a day), the games they’re playing (teen boys play an average of 56 minutes per day), and the music they’re soaking in (at an average of 1 hour and 54 minutes per day) (Media Use by Tweens and Teens, page 19 and 31). Sometime I even play YouTube videos or paste lyrics of the top dozen songs right on the screen for parents to see firsthand. The reaction is always the same:

Honestly. I thought it was pretty bad earlier this summer… but today… literally 11 of the top 12 songs are sensual, overtly sexual, or about hookups (and that’s not even considering the violence, language, etc.).

Does this affect young people? I’ll show you the research, but first, allow me to give you a quick tour. Why? Because once you get a sample of what kids are hearing, I think the research will make perfect sense. And if you’re offended by these lyrics—good! I hope you are. Because these are just the most popular songs (literally) that young people are listening to right now on their devices.

Here’s the top 12 on the charts right now:

Billboard magazine does the chore of translating what they describe as “less than innocent” lyrics. Lyrics like the ones I posted above, or “I want to undress you in kisses slowly, firmly in the walls of your labyrinth.” (I’ll leave that interpretation up to you.) The music video is ridiculously sensual.

I guess we shouldn’t expect much from a song that opens with Rihanna singing, “…know you wanna see me nakey, nakey, naked.” But yeah… it gets worse, like when Bryson Tiller kicks in:

I heard that p**sy for the taking
I heard it got these other n**gas goin’ crazy
Yeah, I treat you like a lady, lady
f**k you ’til you’re burned out, cremation (burned out)
Make it cream, yeah…

Just when you thought it couldn’t get any more explicit than Wild Thoughts, ex stripper Cardi B chimes in bragging about her expensive shoes, her accomplishments and what she will do with your boyfriend. She gets specific:

It’s nice to see this song in the top of the charts, literally the only song that isn’t about hooking up, shooting someone, or bragging how rich they are.

Take a breath… it’s the only one on the list.

The music video for this is very sensual; the song, tame compared the rest of this list. It’s just a story of a girl who is trying to get the attention of a guy she broke up with by putting on a sexy dress and “going round every party in LA ‘cause you knew that I’d be at one.” No solutions, just drama.

But what do we expect? After-school-special solutions? I don’t think songs about “doing your homework” or “sharing your lunch with a homeless guy” are making the charts right now. (I’d settle for a song about walking your beagle? Anyone? Couldn’t that be a hit? Maybe not.)

In this song Swae Lee sings about a girl who is unforgettable in his mind. And that’s when he gives you a glimpse into his thinking, sadly, the kind of thinking this world is slowly adopting more and more:

I need to get you alone.
Why not?
A f**king good time never hurt nobody…

Shawn Mendez doesn’t hold back confessing his feelings in this song. In fact, he pretty accurately describes the way many young men respond to sensual stimulation. Nothing profane, like many of the other songs on the charts, but apparently Shawn has given in to losing control:

Oh, I’ve been shaking
I love it when you go crazy
You take all my inhibitions
Baby, there’s nothing holdin’ me back
You take me places that tear up my reputation
Manipulate my decisions…

If I only had a dime for every song that talks about “losing control” being a good thing.

Bruno’s catchy beat and smooth vocals make this one hard to not tap your foot to. Sadly, Bruno is a self-described “player”, and he never shys away from sharing about his sexual escapades or objectifying women, like in this song when he addresses a girl like this:

Pop and drop are dance terms—“dropping it” is a sexy move where girls drop low provocatively.

Bruno spends the rest of the song listing off all his expensive real-estate, cars and jewelry and offers, “I’m gonna give it to you,” along with, “sex by the fire at night.”

The title of this song gives you a peek at it’s premise, a hook up because the singer loves “the shape” of a girl. He tells the whole story:

He goes on to tell her that he loves her shape and the smell she left on his bed sheets after sleeping with her.

Whenever you see the name “Nicki Minaj” on the label, you know the song is going to be sexually explicit…. and this one is no exception.

This self-described “strip club anthem” is basically about all the money Yo Gotti’s throwing at strippers, so much that they have to rake it up. He describes sex with strippers and paying and even praying for the “p**sy.”

Then Nicki comes in, describing doing the splits on a man during sex, her vagina getting wet (like a “tsunami”) and all the men wanting her once she gives them her “punani.”

One Direction’s Liam takes a hiatus from the band to pursue this solo hit written by, surprise surprise, Ed Sheeran (Shape of You). This song is probably an amalgam of every hit above: do whatever your heart desires, drink, party, watch girls dance provocatively, and hook up with them. Here’s a tame sample of the lyrics:

I just wanna have fun and (get rowdy)
One Coke and Bacardi (sippin’ lightly)
When I walk inside the party (girls on me)
F1 type Ferrari (6 gear speed)
Girl, I love it when your body (grinds on me)

The chorus is him telling the girl to “strip that down,” “hit the ground, and “put your hands on my body.” From this list of tracks, apparently this is all girls are good for.

Since many of these tracks are already degrading to the ladies, I guess 21 Savage wraps up the top dozen well telling us exactly what they think:

This guy uses the word “bitch” more than a dog breeder. Then he goes on to brag about his cars, clothes and guns, degrading women even more:

Please proceed with caution, shooters, they be right with me (21)
Bad b*tch, cute face and some nice t**ties…

Then comes the chorus where he simply counts his millions and then his guns:

My Thoughts
Let’s do a little counting of our own.

Why not talk about ramifications?

Is it because no one wants to think about these things? (Suppressing the truth, Romans 1:18-20). Isn’t that a little misleading?

That’s what these songs are—misleading. They don’t tell the whole story. They only tell us what we want to hear—do what we want, and it’s fun.

I’ve been looking at the charts for several decades and typically I see two resounding themes:

Funny, right now I’m seeing a lot more of category 1. Maybe it’s a pendulum swing from Adele and SIA’s depressing anthems. Who knows. All I know is that our world is embracing the idea of doing whatever feels right, and they’re suppressing the truth to do it.

So what are the ramifications of all these sexy tunes?

The Ramifications
In my brand new book to teens, The Teens Guide to Social Media and Mobile Devices, I spend an entire chapter talking about the entertainment media young people stream from their devices. In that chapter I share a little research and a little common sense. The result of the research isn’t surprising. Basically, the more sexually charged music in our diet, the greater the likelihood of engaging in risky the sexual behaviors.

In the book I cite two studies, an earlier one from The American Academy of Pediatrics revealing:

“Teens who said they listened to lots of music with degrading sexual messages were almost twice as likely to start having intercourse or other sexual activities within the following two years as were teens who listened to little or no sexually degrading music.”

Then in 2015 researchers from the University of Central Florida tackled a project examining the relationship between sexual content in music lyrics and music videos, and the sexual behaviors of young people. They discovered:

Is this really surprising?

We probably don’t even need a doctor to tell us that.

Our Response:
So how should Mom and Dad respond?

We should become offensive.

Instead of just trying to block away all the lies—make sure you are exposing your kids to the truth.

In a world so overflowing with lies, Mom and Dad need to look for opportunities to engage their kids in dialogue about truth. Not just one talk—ongoing conversations.

Stop avoiding “the sex talk.” And I don’t mean one talk. I mean more than just the talk. If you are in the car and you hear Swae Lee singing…

I need to get you alone.
Why not?
A f**king good time never hurt nobody…

Simply ask: is he right?

If you hear Bryson Tiller sing…

I heard that p**sy for the taking
I heard it got these other n**gas goin’ crazy
Yeah, I treat you like a lady, lady
F**k you ’til you’re burned out, cremation

Don’t get me wrong. I’m not saying don’t block out bad content. It’s okay to say, “Sorry, we’re not listening to this.” It’s probably a pretty good idea, considering above. But don’t forget to tell them the why.

The why is what will help them when they are in a college dorm in a few years and they are making the decision for themselves. So get to the why. Take them through Colossians Chapter 3 and ask them questions about what it means.

“In a world of explicit truth, today’s kids need parents who aren’t afraid to tell them the explicit truth.” – Dr. Kevin Leman, about More Than Just the Talk

5 Replies to “Does Sexy Music Really Affect Me?”