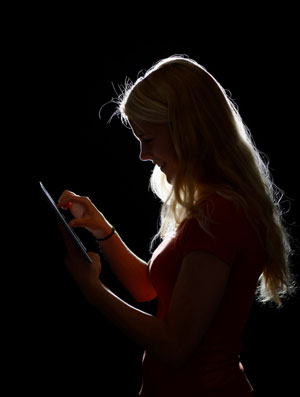 Pew Research just released their newest report on Teens, Social Media & Technology giving us the newest numbers confirming what we already knew: almost all teens have smartphones and use social media a lot!

But their numbers also revealed some interesting realities about where teens navigate and their perceptions about social media. Here are some random facts that stood out to me from their report:

But the facet I found the most intriguing from this report was how young people perceived social media, which was largely effected by bullying (yeah… something I just did a bunch of research about). The report revealed…

Last week I spoke to young people at a conference in Indiana about rethinking four facets of their phones. Many of these kids haven’t had these discussions with anyone yet. Moms, dads, teachers and youth pastors seem to becoming increasingly aware of the need to talk to our kids about the pics they’re posting, the friends they’re friending, the screentime they’re absorbing, and the affirmation they’re seeking (which is why I’m now teaching a parent workshop on those “Four Conversations” where I engage parents and teens in the same room.)

In a world where smartphones and social media have become so ubiquitous… it’s probably time we start having conversations about wise posting in an insecure world, don’t you think?

You can view the entire Pew Research report HERE.

One Reply to “The Newest on Teens, Social Media & Technology”