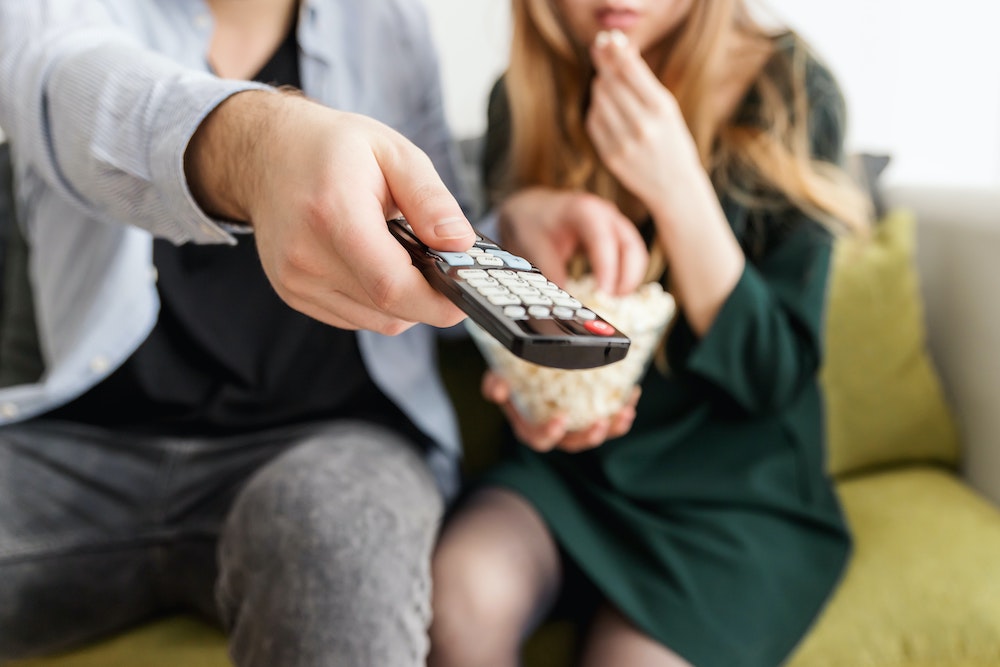 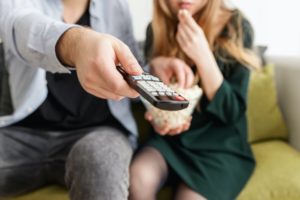 If you’re a parent and you like movies, then you might find it difficult to find some “family friendly” movies or shows that are actually appropriate for your kids.

Take Neflix’s Stranger Things for example. Really fun show, creative, well written… but if your kids are 6, 8 and 10, the language and frightening scenes might be a little much.

Or let’s say you nostalgically remember watching Goonies as a teen, so you rent it and stream it on Amazon Prime or Vudu some night for family movie night with your young kids…having forgotten exactly how much language there was.

Well, last week I noticed Vudu.com just launched a new standard feature called “Family Play”, which edits out language, violence and nudity. So I decided to give it a test run.

First, if you don’t know what Vudu is, it’s basically an online movie streaming service much like Amazon Prime. In fact, with a feature called “Movies Anywhere”…you can link all your Apple TV, Amazon Prime Video, VUDU, etc. movies together. In other words, if you buy a movie on Amazon Prime Video, then it will show up on VUDU as well.

This doesn’t help you with Stranger Things (only available on Netflix), but the new Jumanji, Trolls, The Call of the Wild, or Sonic the Hedgehog? All are on Vudu’s Family Play list of movies. So are Ford v Ferrari, Just Mercy and the newest Terminator flick. 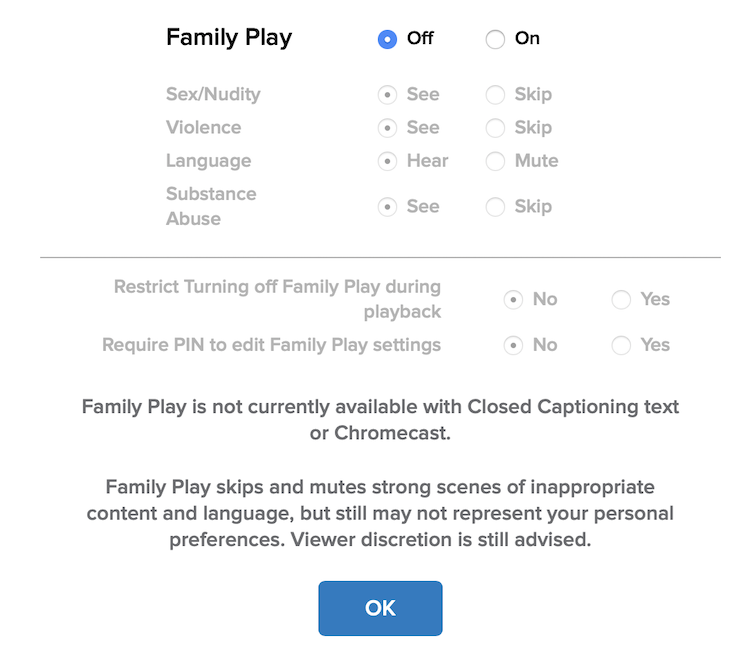 Let’s use a film we all know, like the classic dino flick Jurassic Park , available on Family Play. Let’s say you already own the movie on Amazon Prime. If you don’t already have the free Vudu.com account, sign up, link your accounts together with MoviesAnywhere.com, then jump onto Vudu.com and set your FAMILY PLAY settings. You’ll choose a four-digit pin, then you’ll be able to filter Sex/Nudity, Violence, Language, and Substance Abuse.

I gave it a whirl.

I began by giving Jurassic Park a test run, wondering how it would filter the language and violence. For example, that scene where Jeff Goldblum’s character walks up to the big pile of dino doo doo and says, “Now that’s a big pile of sh**.”

He says it so quick Family Play just silenced that whole line.

It wasn’t as good as Television editing. If the line happened to be an important line, you’d miss the whole thing. But for that particular scene, no big deal missing the whole sentence.

Then I watched the scene where the T-Rex destroyed the bathroom, which exposed the lawyer’s hiding place. As the T-Rex lunged for the lawyer, Family Play skipped him eating the lawyer (which begs the question, is it really bad to watch lawyers be eaten by dinosaurs?)

The sound edits can go almost unnoticed, but the scene skips (for violence or nudity) are pretty noticeable, almost like a little glitch. Not half as smooth as a television edit. But if you really want to be able to show your 12-year-old son Titanic, but don’t want him gazing at Kate Winslet basking nude on the couch, Family Plan skips that scene.

No, Family Plan isn’t available for all films, but they have a large collection of films in that category, including Goonies, Jurassic Park and Titanic.

There’s lots of debate among film makers about editing their films, but I think it can be a helpful thing, especially for parents of younger children.

I can’t help but wonder if Netflix or Prime might try something similar.

Give it a try and tell me what you think.

One Reply to “Movies minus the language, violence, etc.”