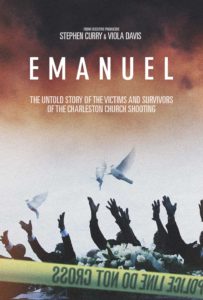 Many of you might have heard the buzz about the new film, Emanuel, about the 2015 shooting at Emanuel African Methodist Episcopal Church in Charleston, SC (a film produced by Steph Curry).

Our THE SOURCE writer Rob Chagdes had an opportunity to preview the film and gives us his two cents:

Nine African Americans were murdered by a white male Dylan Roof. The new documentary Emanuel tells the story. The 75 minute film weaves themes of racism, faith, and forgiveness through interviews with survivors and others who were impacted by the tragedy END_OF_DOCUMENT_TOKEN_TO_BE_REPLACED