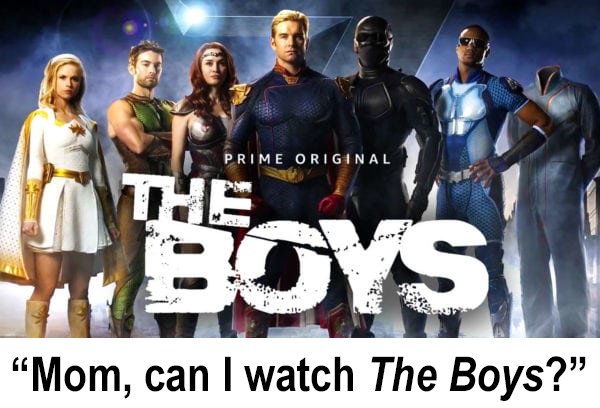 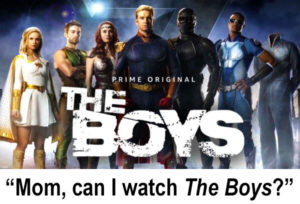 Mom, can I watch ‘The Boys’ on Amazon Prime?

I guess that’s a good question. “Why not?”

Some might call it unrealistic to wish that superheroes were always good guys. Today’s demand for authentic entertainment calls for more “real” or “gritty” characters… i.e. superheroes who are rapists, peeping toms, liars, murderers, hypocrites, drug addicts…and that’s exactly what you get with almost every hero in The Boys. Because that’s “real”, right?

Let’s just say that The Boys, based off the graphic novel/comic book series of the same name, provides a very daaaaaaaaaaaaaark view of humanity. Sure, the whole point of the series is to show a group of people who are willing to battle and expose these evil heroes. And that’s what audiences get to see…exposed super heroes.

In the show’s desire to be rea 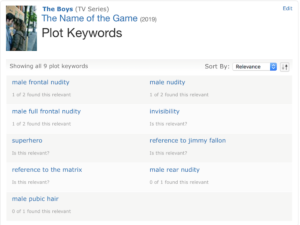 l or authentic, the series, rated MA doesn’t hesitate to show us much of the sex and violence in their world. Just take a peek at the IMDB keywords describing the pilot.

But the thing I find most disappointing about the series is the portrayal of Christians. The series introduces to plenty of Christians, but not a single redeeming character among them. All of them are either the vilest of hypocrites, or extremely gullible imbeciles.

In a desire for authenticity, this is where the show falls very short. I know literally thousands of Christians, some of the most amazing, compassionate people I know (because they look more like Christ, not themselves). And even though all of us are imperfect… very few are like all the numbskulls portrayed in this series. (Random thought: Can you think of a moment when Hollywood actually portrayed a Christian in a positive light? Can you count the examples on more than one hand?)

In episode 5, “Good for the Soul,” several of the heroes make an appearance at a Christian convention known as “Believe Expo.” Here we get a chance to hear a Christian leader give a message about how cool Jesus is, trying waaaaaaaaay to hard to use current language. Come to find out this is a guy who is an extremely creepy embezzler using his nonprofit to smuggle drugs (like all Christian non profits do, right?)

At the same convention one of our more innocent heroes, a girl by the name of Starlight is pressured into giving her testimony. But she has an act of conscience and decides to share truth instead. Here’s what she says:

Every word that I say up here, I’m reading from a script. I didn’t write any of these words. I don’t even know if I believe in them. I mean, I believe in God, I love God so much, but honestly, it’s…it’s just how goddamn certain everyone is around here. I mean, tickets start at, what, 170 bucks, so that these people can tell you how to go to heaven? How do they know? How does anybody know? When the Bible was written, life expectancy was 30 years old. I mean, I’m not so sure you’re supposed to take it literally. It also says that it’s a sin to eat shrimp. What, if you’re gay or if you’re Gandhi, you’re going to hell? I mean…and if you have sex before marriage that’s…that’s not immoral. That’s human. 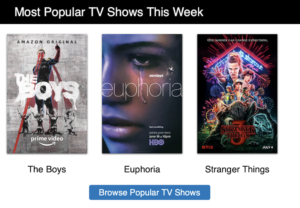 The difficult thing about this series is that it’s well written, very clever, and is creating a buzz among viewers (it’s one of the most popular viewed shows in August along with HBO’sEuphoria and Netflix’s Stranger Things). So as young people talk about it at school, soccer practice and social media, our kids are going to be curious to check it out.

This is where moms and dads need to ask themselves a few questions:

Here’s yet another opportunity where we need to practice turning our overreaction into interaction. Maybe this is a good time to practice our response and say, “I don’t know, let’s check it out together.”

That doesn’t necessarily mean watching it together, but it might start by just sitting down and logging onto IMDB.com and searching for The Boys and reading the “Parents Guide.” Then maybe read Psalm 101 together, and when you read this…

I will be careful to live a blameless life—
when will you come to help me?
I will lead a life of integrity
in my own home.
I will refuse to look at
anything vile and vulgar. (Psalms 101: 2-3)

…just ask questions about it. Ask:

Do you know what your kids are watching?

Are you having these conversations?

One Reply to “Not so “super” heroes”