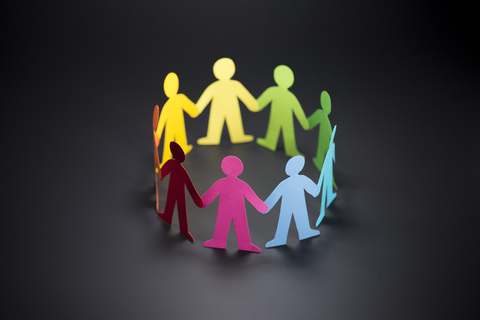 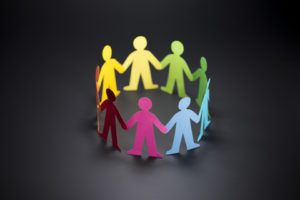 In the last few months, in preparation for our upcoming Anchored Leadership Conference, I’ve been conducting interviews with people who are effectively reaching out to young people identifying as LGBTQ. I’ve been engaging in these conversations for several reasons:

These interviews surprised me, because I almost expected some pushback from people if our theological stands didn’t match. But instead, and to my relief, most of these “front line” youth workers were more focused on helping lost kids instead of debating about theology. (Whew!)

Two ministries stood out in particular as particularly effective, and it was intriguing… they were completely opposite in their theological stand about homosexuality.

The first guy runs a drop-in center for young people identifying as LGBTQ in Illinois. Their doors are open four nights a week with support groups for parents, for young people, mentoring & tutoring programs, and Bible studies.

His goal is to introduce kids to Jesus. “If they rub elbows with Jesus enough,” he said, “Jesus will make changes.”

The ministry has seen many kids come to the point where they say, “God, I give you my sexuality and my sexual behavior.”

“Whenever I hear that,” he says, “that’s a win for the kingdom.”

I asked him his belief about what scripture says about homosexuality. He believes that the seven passages in the bible don’t interpret well, so he has a hard time believing that homosexuality is wrong.

“So do you believe in monogamy?” I asked.

“Absolutely. That’s what the Bible teaches.”

“What about sexual activity before marriage?”

“So what do you think of this ‘do whatever feels right’ mindset we’re seeing prevalent in this culture?” I asked.

“So,” I clarified, “It sounds like you believe in Jesus, self control, abstinence, and monogamy… but homosexuality is okay within a monogamous marriage relationships.”

“Exactly. That doesn’t mean we’re affirming their lifestyle, we’re just reaching hurting kids and pointing them to Jesus. They need Him. As a mental health clinician I get to speak on school campuses about drugs, alcohol, etc. and LGBTQ are a high risk group. LG kids are 3 times more likely to commit suicide, B 6 times, T 12 times. Lots of these kids are self-medicating. Some are homeless. We’re just trying to keep them alive.”

“And from what I hear,” I affirmed him (no pun intended), “you’re doing a great job.”

But then I encountered another individual who ministered to LGBTQ kids in Minnesota, a guy from a much more conservative background. A youth pastor friend told me about his ministry. She said, “You have to interview this guy. He’s a youth pastor doing amazing things reaching kids identifying as LGBTQ.”

So I contacted him and asked him if I could pick his brain.

Sure enough, this guy had an amazing heart for all lost kids, and he specifically wants kids identifying as LGBTQ to know they are loved.

After hearing about his ministry, I asked him the same question I asked everyone, “What do you believe the Bible says about homosexuality?”

This guy had the complete opposite view on whether homosexuality was a sin, but the exact same view on caring for the lost.

“I’ve studied all the passages that talk about homosexuality,” he said, “in both the Old and New Testament. I wish I could find a biblically defensible way to say that it isn’t a sin. That would make my life a lot easier. But I can’t, and following Jesus means I have to live how he says to live instead of doing my own thing. It means putting what God says over what I wish he said. It’s hard, and people I respect disagree with me, and I continue to study it because I want to be sure. One thing I am sure of, though, is that nowhere does the Bible say that we should stop loving people for any reason. So at the end of the day, my job is to tell everyone they are loved, and to help them get closer to Jesus, and if it’s a problem for Him that someone is gay I believe He will bring it up as they follow him.”

This young pastor’s ministry has a reputation in the community for creating a safe place for anyone identifying as LGBTQ. In fact, he’s had other conservative churches blame him for being soft on the issue.

“These other ministries never ask me what I believe,” he told me. “They just assume since I am hanging out with gay kids and transgenders that I somehow am affirming them or giving their lifestyle a stamp of approval.”

I guess those churches missed those stories about Jesus (like Matthew 9: 9-13).

In fact, once a hate group came to his town to protest people identifying as LGBTQ. This pastor made up buttons that read, “Loved by God” and gave them to all the kids in his ministry to pass out to everyone. Kids wore them all over the high school campus that day.

The funny thing. Every single one of these young people identifying as LGBTQ knows where this pastor stands theologically. But he doesn’t feel the need to wear it on his vest, like, “I love you… but you know you’re a sinner, right?” Whenever he encounters a passage that deals with God’s plan for sex and intimacy, or “our identity in Christ,” he teaches as written.

He’s earned the right to be heard.

Two incredibly effective ministries! (I can’t wait to hear this panel at the November event!)

I think the more I interview people who are effectively reaching young people identifying as LGBTQ, the more I hear the same thing: these kids need Jesus! Let’s introduce them to Him and let Him sanctify them, in the same way he’s sanctifying all of us!

What are you doing to reach this needy group?