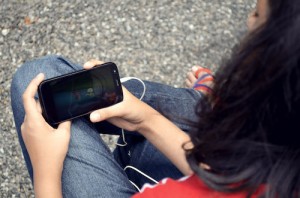 We’ve all heard stories of tech companies concocting evil plans to launch new gadgets and apps addicting children to their devices. Sound like a rumor? Sadly, these legends have proved to be true on many levels. Like when former Facebook president Sean Parker had second thoughts about what the social network was doing to our children’s brains and cast a little insight behind the scenes.

“It was developed to be addictive,” he admitted.

He wasn’t alone in his concerns. In fact a coalition of 97 child health advocates (including iGen author Jean Twenge) asked Zuckerberg to actually shut down Facebook messenger for kids (targeting 6-12 year olds) for the sole reason that kids this age shouldn’t even be on social media!

In a world where teen depression, anxiety and suicide are all at an unprecedented high, people finally seem to be taking a second look at many of these dangers many of us have been warning young people and their parents about for years now. Even tech companies seem to actually be taking some of these concerns to heart.

In May Google introduced an array of time management tools helping users “better manage screen time, track app usage, and limit the phone’s ability to distract.” (Hmmmm… it’s almost as if they actually want us to “get stuff done in the constantly connected workplace.“)

Apparently Apple didn’t want to be one of the only companies not making efforts in this area, so they’ve just announced a new initiative called “digital health” which will monitor how much time kids spend on devices.

I have to admit, I was pretty surprised last week when I heard SnapChat actually removed “Cosmo after Dark” after uproar from parents. Pretty cool, huh?

Are you having conversations with your kids about their entertainment media diet?

Please Remove Your Headphones: 3 Tools to Engage Your Kids to Tune You In

Helping Your Kids THINK Before They CLICK: Two Conversations We Need to Have

Who is Peeking at Your Kids: Four Wise Privacy Practices Our Kids Need to Know