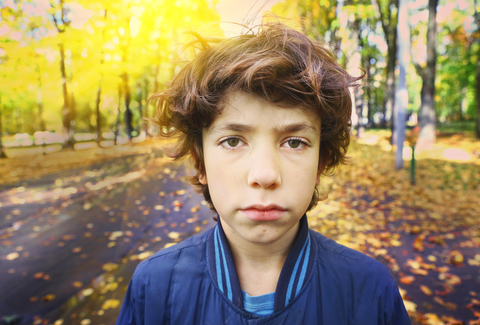 Today’s guys face a lot of distractions… a lot more than I faced as a young man.

But I think the biggest difference between then and now is self-esteem. Sure, it’s always been tough. Back then it was difficult to measure up at school. You had to wear the right clothes, say the right things and blend in. I wore high socks with yellow and blue stripes at the top, an O.P. shirt and my Member’s Only jacket when it was brisk. I couldn’t afford Vuarnet’s, but I had some knockoff Ray-Bans. (Risky Business came out in August 1983… Ray-Bans were the rage!)

But all the right clothes didn’t make me popular. People were people (Depeche Mode articulated that the following year). I struggled fitting in.

The one saving grace was that at 2:43 the bell rang and I could go home away from all that pressure until the next morning.

Today that pressure never ends. At 2:43 the bell rings, the phone comes out of the pocket and young people enter an entirely different world where they not only face the continued pressure to measure up, they actually have a numeric value to exactly how well they are “LIKED”, how many “friends” they have, and a never ending stream of comments from sources known and unknown. It’s like a personal self esteem barometer.

Is it any surprise anxiety, depression and suicide is at an unprecedented high?

This week my publisher and I just set the date for one year from now to release my second “Guy’s Guide” book specifically addressing these four battles today’s teens fight. I hope to be just as “Refreshingly brutal” (thanks for that review Nancy) as the first one, helping young men let go of the sins that so easily entangle, and fix their eyes on Jesus (Hebrews 12:1,2).

Thanks to all of you for making the first one a Best Seller (still raging on Amazon).

Is there anything you would like to see specifically addressed in this book? I’d love your input!