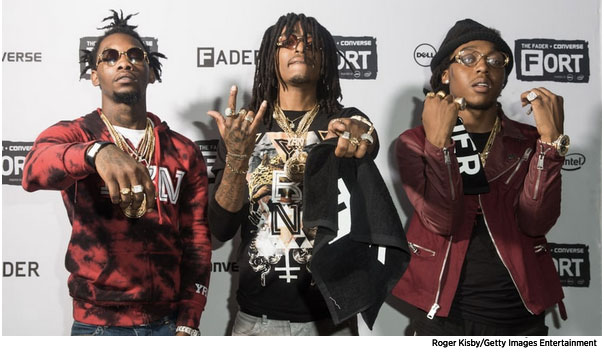 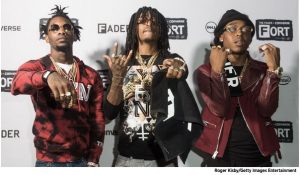 Today’s young people might be a little more familiar than you think with solving their problems with a gun… because they literally hear it all the time.

I find it intriguing that while the world is debating the gun issue, the majority of the musical “artists” in the top 10 right now have songs about revenge, “popping” people, or gunning you down… and I kid you not… some will even tell you what assault rifle and which high capacity clip they prefer.

Don’t take my word for it—take a peek yourself. I’m not talking about a few obscure rappers that no one has heard of; you actually don’t even have to look further than the “artists” in the top 10 of the current Billboard Hot 100.

In fact, let’s just look at 6 artists who are in the top 10 on the charts right now: Drake, Cardi B, Young Thug, Post Malone, BlockBoy JB, and Migos (and you might find it curious to note, two of these artists were up for Grammy’s for their songs talking about this violence).

The first two artists are a little more subtle; then the examples get ridiculous. I’ll show you one by one.

Drake
Let’s start with Drake, a talented guy who, like most Canadians, is really nice. Maybe we should give him a pass because he gave away a million dollars to people in his neighborhood in his most recent music video for his song sitting at No 1, God’s Plan. But let’s peek at a few more of his songs, like one of his other hits right now, Diplomatic Immunity where he brags to everyone how he’s untouchable. Here’s a glimpse of how he starts this little diddy:

Diplomatic immunity, f*ck ’em
All that peace and that unity
All that weak sh*t’ll ruin me, f*ck ’em, yeah
‘Cause niggas started talkin’ to me like I’m slowin’ down
Opinions over statistics, of course
Gassed off journalistic
Come at me and all you’ll get is the ballistic report…

The Genius lyric site interprets this as, “Drake is warning the critics that if they take figurative shots at him, the only reporting will be on the literal shots he sends.”

This isn’t the first time he’s talked about shooting others in his song. If we look back at his song Wu Tang Forever with rapper A$AP Rocky, they rap:

MAC 10, Beretta for the cold weather…
Machine gun raps for all my niggas in the back…
Keep machine gun strapped in case a nigga wanna act up…

Or his remix of the song Hype with his buddy Lil Wayne they rap:

Cause I pull up, I stop and pop
I call my AK Barney
And I’ma let this baby pop…

In his defense, he wasn’t the one rapping those lyrics in the ladder two examples, it was his buddies. So maybe he didn’t hold the gun… he was just in the car.

Cardi B
Ex-stripper Cardi B is usually too busy telling you every explicit detail of her sexual escapades to talk about gunning you down, but revenge is definitely in her vocabulary. Like in her Grammy nominated song, Bodak Yellow:

Yes, “popped” can have a double meaning, so one could argue that she’s only talking about sex here, but Cardi B has other ways to inflict revenge on others… usually using sex as a weapon. Later in the song she calls out the “b*tches” who criticize her and tells them she will “chill with your boo” and “feel with your babe” and then let him perform oral sex on her. This isn’t anything new for her… she offers the same ill content to her critics in her song Pop Off:

Shut up b**ch, fight me
Your nigga wanna wife me
Put this p**sy on his face
Ride that sh*t nicely…

So does Cardi B actually talk about “gunning” you… that depends on your interpretation of “popped.” But the rest of the artists won’t leave any question in your mind, like the next rapper…

Young Thug
In Young Thug’s song Riding Through the City, he not only talks about how he’s going to kill someone, he names the weapon he uses:

F**k nigga play I’ma send him to meet his maker then ask God for forgiveness bae
Cop a chopper, end up flipping nigga
Yeah, you better start tripping nigga
I don’t use words when I kill a nigga…
Riding through the bity, got a AK on my lap…

Post Malone
In Post Malone’s hit, Rockstar (that ironically soared to No. 2 on the Billboard Hot 100 the week of the Vegas shooting) he not only tells you what gun he uses, he tells you the sound it makes:

F**kin’ with me, call up on a Uzi
And show up, name them the shottas
When my homies pull up on your block
They make that thing go grrra-ta-ta-ta …

The song finally rose to number one on October 22, where it resided until December 9th.

Blockboy JB
Drake’s friend Blockboy JB who is enjoying the ride in the top 10 of the charts with his buddy right now also seems to like guns… and extended clips:

Run up in ya house like I’m commando
Clip hangin out the glock extendo…
33 in my clip, that’s Patrick Ewing…
But why stop at a 30 round clip…

Migos
Migos Grammy nominated song, Bad and Boujee not only talks about smoking weed, cooking up dope, and having sex with your woman… the song also talks about calling up their friends to gun you down, using 30 and 100 round clips:

We came from nothin’ to somethin’ nigga
I don’t trust nobody grip the trigger
Call up the gang, and they come and get you…
Cookin’ up dope with a Uzi
My niggas is savage, ruthless
We got 30’s and 100 rounds too…

And apparently it’s not act… because these guys have actually been arrested for… get this… carrying a loaded firearm on school property.

A GROWING DISCONNECT:
No, I’m not saying music lyrics are the sole reason behind school shootings. It’s obviously more complex than that, but it’s remarkable how much the world misses the disconnect. Define duplicity: we sit and watch our favorite morning show debating the gun issue, they cut to a quick commercial break and come back and introduce their musical guest whose songs speak explicitly about responding with violence.

Let me ask you a question:

How would you respond if you were walking through the grocery store and someone pulled your kids aside and told them, “F*ck with me and I’ll call up an Uzi and make that thing go grrra-ta-ta-ta …”

Then why the disconnect?

Why do we—parents, record labels, distributors… all adults—provide the means for our kids to hear this lyrical expression at an average of 4.59 hours per day?

Why are we shocked when young people act out? (because research is clear… the lyrics affect us)

Perhaps our role models need to stop handing out stacks of cash and instead… be a role model.

5 Replies to “Gunning Your Kids Down”