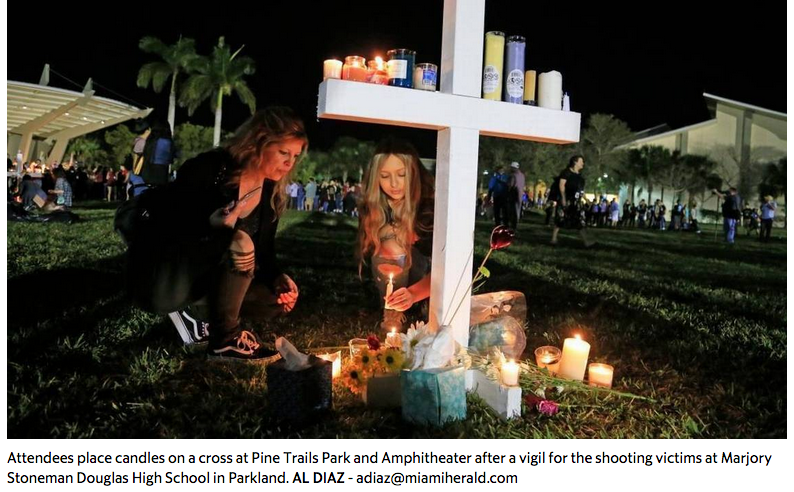 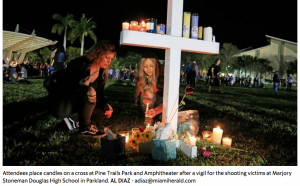 “This kid gets bullied a lot.”

I’m wrapping up my book to parents about bullying, and in the last few months it’s been literally insane how many times I’ve turned on the news to see exactly what I’m writing about played out on the screen… last week again with the shooting in Florida.

No, I’m not one of those guys who is putting full blame on “bullying” here. There were a lot of factors contributing to this tragedy… but again… one of the big ones was an ostracized kid ignored by bystanders every day.

Like the 17-year-old who admitted as much to the Miami Herald just a few days ago:

“Someone could have approached a faculty member, a guidance counselor, a teacher and said, ‘This kid gets bullied a lot, someone should do something,’ ” said student Manolo Alvarez, 17, who had history class with Cruz. “I regret definitely not saying anything.”

I can’t express how often I have read this, heard this… seen this with my own eyes researching this book.

Sound familiar? Of course not. Even if you studied school shootings you wouldn’t recognize this name… by a few degrees of separation anyway.

Alicia Graham was targeted by a group of bullies at her high school, Franklin Regional High School in Murrysville, Pennsylvania, taunting her frequently on social media. Alicia’s dad printed out a list of the texts and cruel posts and brought them to the school, including a list of her tormentors. “I felt like they kind of waved a gold wand over it,” he said, stating that it was an affluent community. (Sadly, I keep hearing this again and again from parents whose kids were bullied.)

A few months later Alicia was attacked by a girl in the school cafeteria who hit her with a lunch tray and beat her until a teacher pulled the girl away. Alicia suffered a concussion and missed three days of school.

A few months later, one of her same tormentors posted something cruel about another kid at the school, a quiet shy kid named Alex Hribal. The next day, Alex took two knives to school, slashing the arms and faces of fellow students and stabbing people in the torso, a total of 21 victims at Franklin Regional High.

Was this one cruel post the cause of the Franklin High School stabbing?

No. In fact, they found a lengthy manifesto in Hribal’s locker blaming other students for being cruel to him and actually praising Eric Harris and Dylan Klebold for their actions at Columbine back in 1999.

Hribal was obviously a very disturbed young man whose actions are horrifying and unconscionable. Klebold, Harris… the whole list… reprehensible. Their actions inexcusable.

But what of the students who ridiculed these kids?

What of the teachers, administration…even the FBI… who were presented with the evidence of danger or warned about the cruel tauntings against these kids before the attacks?

What of the “bystanders” who saw this and now “regret not saying anything.”

Let me speak loudly as a kid who was tormented daily in middle school. If you haven’t had this experience, you have no idea what it does to you mentally. It festers and boils and becomes something terrible.

Let me be clear: bullying is a huge factor in school shootings.

Sure, there are people who will argue against this, claiming that bullying is not a prominent factor in school shootings, or at least only one of many factors (it doesn’t help that “bullying” is becoming a buzzword the media and defense lawyers use prematurely). But bullying is not only one of many factors (like mental illness, and poor education about conflict management), it’s a prominent one. And even if bullying is not the sole cause… it doesn’t give an excuse to why we’d ignore these signs that it doesn’t require an FBI profiler to recognize. Especially when multiple factors are at play.

For example. The journal Pediatrics recently engaged in a fascinating study where they observed the likelihood of a student bringing a weapon to school. In their survey of American high school students, they found over 20 percent reported being a victim of bullying in the last year, and over 4% reported carrying a weapon to school.

But here’s where the study really gets intriguing: when you add addition risk factors into the mix. For example. When victims of bullying experience three additional risk factors, like fighting at school, being threatened or injured at school, and/or skipping school out of fear for their safety, they were far more likely to bring a weapon to school. In fact, the subset of victims of bullying who experienced all three additional adverse experiences had a 46.4% likelihood of carrying weapons to school compared with just 2.5% of nonvictims.

Perhaps schools might want to develop some simple checkboxes for these riskfactors?

Perhaps parents need to be a little more proactive about talking with their kids who are “bystanders.”

Is there something you can do to be proactive about preventing bullying… and the trickledown effect?

2 Replies to “I regret not saying anything”