The fires are raging once again here in California, and it’s hitting where both my daughter’s live. Luckily, they both came home (up here in NorCal).

Here’s a quick satellite shot of the fire raging from Ventura toward Santa Barbara. 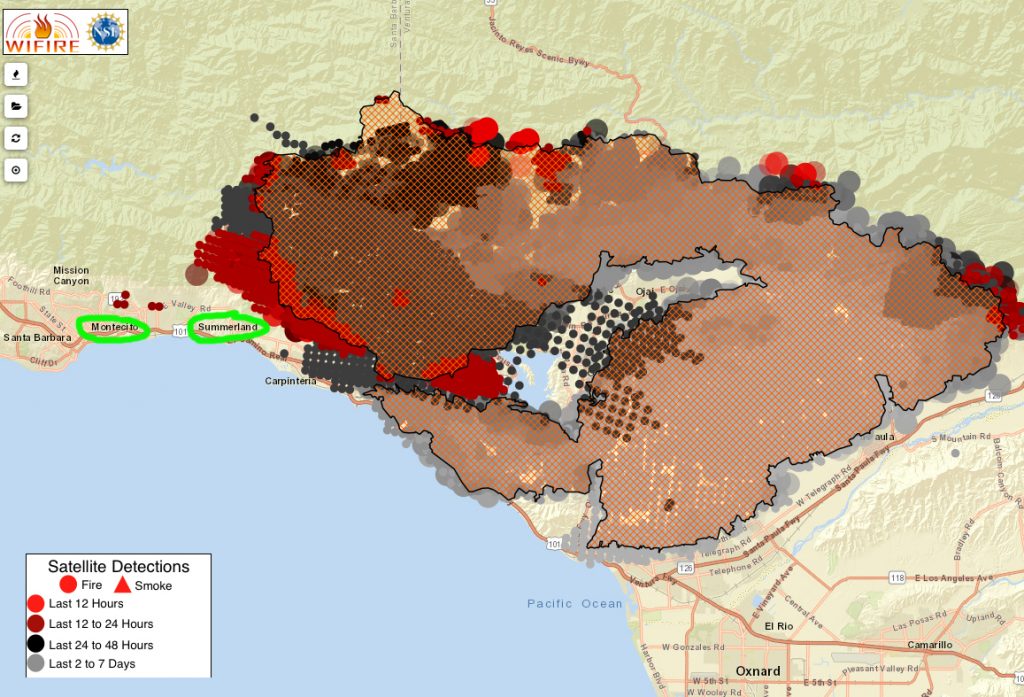 My oldest daughter is on mandatory evacuation from the house she rents in Summerland (see map). She was up here with us so she had some friends grab her valuables and is waiting to see if the fire reaches her house. My youngest daughter attends Westmont College in Santa Barbara (in the hills of Montecito) and the school is on mandatory evacuation right now as well. Everyone in the city is wearing masks because of the smoke and ash– air quality is at an all time low.

If you haven’t seen footage of the fires… here’s an INSANE video of it when it was raging near the Getty Museum in Los Angelos (Looks like something out of a Roland Emmerich film).

The fires are bringing about many opportunities for ministry. My daughters’ church is a little outside the fire zone and is currently providing housing for evacuees.

California’s a nice place to live, but when it doesn’t rain even once from May to October… things tend to get pretty dry.

Please pray for the lives being impacted all over the state.

One Reply to “Fires a little too close to home”