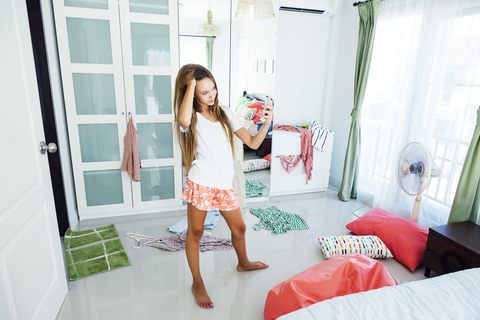 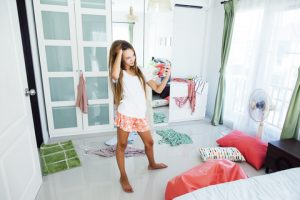 This summer my friend Sean McDowell introduced me to a police detective at a recent conference we all spoke at, and the three of us got a chance to hang out and talk about engaging young people in today’s culture, and what that actually looks like. Fascinating conversation.

His name is J. Warner Wallace. He’s a homicide detective who cares about young people and wants them to know the truth in a world overflowing with lies. He’s written several books and speaks nationwide.

Jim (that’s his real name) read my new book to teens about wise posting in an insecure world, and interviewed me about the risks young people are taking with their devices.

J. Warner:
Jonathan I see you as one of the foremost experts and important voices in youth ministry today. Were you seeing something in the lives of students that prompted you to write this book? Why, of all the topics you could (and have) written about, did you decide to write this book now?

Jonathan:
Great question, and the answer is because over three quarters of teenagers now have smartphone, yet very few people are engaging them in conversations about developing wise decision-making skills with this device. Most teens are learning lessons the hard way. They post a pic and regret it later. They use an app that brags “the pics disappear” and they interpret that as freedom from accountability. A screenshot later, they realize the post wasn’t as temporary as they thought it was.

It happens all the time. Boy asks girl to send a sexy pic. Girl sends pic. Girl and boy break up. Next thing you know, boy sends pic to the whole school with the caption, “What a whore!” Girl is devastated. Every high school has at least one story like this. Principals deal with this kind of drama continually. It’s why a whole generation of young people resonated with the Netflix Series, 13 Reasons Why. It mirrored much of what they saw in real life. If only parents were engaging their kids in conversations about these real-life situations.

J. Warner:
Parents aren’t engaging their kids in these conversations. Perhaps they feel ill equipped. Is that why you address parents specifically in the beginning of a book written to teenagers—an interesting approach, by the way—briefly giving advice to the “caring parent or adult” who bought this book for the teen they care about?

Jonathan:
Exactly. The book is for teenagers, but the publisher and I know that it’s typically Mom, Dad, or Grandma who buys the book for the teenager and says, “Here, you should read this!” In fact, I’ve already been hearing lots of parents call this book their new “phone contract” their kids have to read before they get a smartphone. But yes, I addressed parents quickly at the beginning to answer some of the daunting questions they have, like what age should my kids get a phone, or what parental controls should I use? So I answer those quickly, and then encourage them to use the book as a tool to engage their kids in conversation about this important subject. In other words, don’t just hand your kid this book, use the discussion questions at the end of each chapter to ask them, “What did you think about this Chapter on Snapchat?”

J. Warner:
Great chapter, by the way. So what do you think is the one most pressing risk you see for students and their use of social media?

Jonathan:
I’ll answer that by summarizing several chapters into one soundbyte: think before you press SEND. So much of where kids get into trouble is when they snap a pic, send a tweet or post a comment without giving it any thought whatsoever. Their pic gets circulated more than they thought, their tweet gets misinterpreted and their comment starts a fight. We need to teach our kids to pause before they post.

Jonathan:
Ha. Thank you. Parents need to help their kids consider the permanence of their posts (again with the alliteration). They need to begin to understand: nothing you post is temporary. So don’t post anything you don’t want your principal, Grandma, your future boss… and Jesus seeing (Jesus is on Instagram, you know).

J. Warner:
What would you say to parents who are concerned their kids are spending too much time on Social Media?

CLICK HERE FOR THE BOOK,
THE TEEN’S GUIDE TO SOCIAL MEDIA AND MOBILE DEVICES