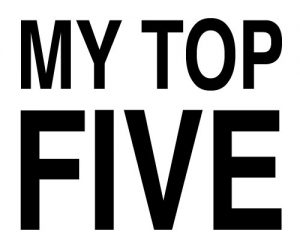 The year-end is upon us and we’re looking back at the best and worst of 2016. Here’s yet another Top 5:

At the beginning of 2016 my 19th book hit the shelves, and I signed contracts for two more, one which I finished writing this summer and will release next month. (You’ll hear about the second one soon enough—but I’ll tell you this. It’s based off the popularity of my candid book to young men, but this one is to ALL teens about what it actually looks like to be wise with social media.)

I always find it interesting to see which of my books resonated the most with readers… I can never predict it! 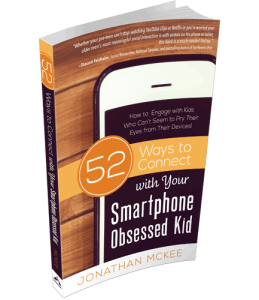 5. 52 WAYS TO CONNECT WITH YOUR SMARTPHONE OBSESSED KID
It’s a little too early to tell how this book will do, but it launched less than six months ago and its typically the third book to show up when someone searches my name on Amazon.

It’s boosted numbers big time in the last 30 days, every since Jim Daly interviewed me about it on Focus on Family’s daily broadcast.

4. THE ZOMBIE APOCALYPSE SURVIVAL GUIDE FOR TEENAGERS
It’s hilarious, but this book is still the number one selling book at my parenting workshops, and my fourth best seller on Amazon.

You would think more teenagers would want to read about sex than zombies, but this fictional tale of three teenagers surviving in a post apocalyptic world (with Biblical discussion questions at the end of each chapter- think “Our Daily Bread” for teenagers) is outselling my candid book to teens about sex. 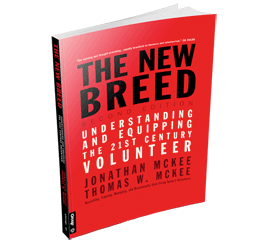 3. THE NEW BREED
I only get half the credit for this one, because my dad and I co-wrote it. This essential guide for volunteer recruiters is not only being bought by childrens and youth workers, but by volunteer managers in secular organizations and associations across the continent.

It is the book that actually launched the “Skinny” version of the same subject in 2015.

2. IF I HAD A PARENTING DO OVER
This is really an unfair addition to the list… because it’s not released yet. But Amazon doesn’t care about release dates; they start preselling whenever they want (because they’re Amazon!). No complaints from me, because they launched it with an insane introductory price (it’s $6.30 as I post this), perhaps to see what kind of interest they could get. Well… it worked. If you search Amazon for my name, it’s the first book that pops up.

In addition, my publisher sent me 75 advanced-review copies and it’s already been garnering some really great momentum and reviews. I’m actually flying to Focus on the Family this week to do a radio interview about this title (to be aired next year when the book hits the shelves).

1. THE GUY’S GUIDE TO GOD, GIRLS, AND THE PHONE IN YOUR POCKET
This book has already been out two years and is by far my best seller on Amazon, and on my website. The feedback I keep getting is this: “You don’t shy away from addressing the things today’s young men actually need to hear.”

It’s about becoming a man of God in a world of distractions. It’s been fun seeing so many parents and youth workers using this as a discipleship tool for their guys.

Thanks for reading these books! I appreciate every time you add one of these to your wishlist, post an Amazon review… or of course, buy a copy for a friend!