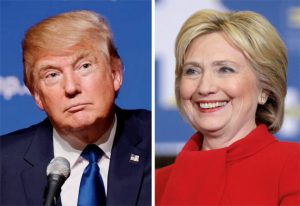 I already voted… and no… I’m not gonna tell you who I voted for. But I will offer you some hope in the one place hope exists during tough times.

“Tough times:” is kind of a laugh for us in America. Let’s be honest. Tough times are typically when our new ISO upgrade stalls mid-download and it takes us another ten minutes to fix it. Or maybe we feel hopeless when we look at the election ballot this week and feel like we’re playing a game of “would you rather…” (Would you rather get eaten by a great white shark, or be fed into a wood chipper feet first?)

Tough or not, it’s in these frustrating times when God gave me some comfort and hope from the pages of a book of the Bible written during a time in history when Christians were on the cusp of some serious persecution—Nero style (and we think our leaders our bad). It’s in those times that Peter wrote for us to respect “all human authority” (I Peter 2:13). But then he gives us two key elements to help us heed this advice: a reason, and an example to follow.

The Reason:
It’s the question many people are asking in America this week. Why should we respect authorities? Peter answers it well.

“It is God’s will that your honorable lives should silence those ignorant people who make foolish accusations against you.” (I Peter 2:15).

I wonder how many of us would be described as “honorable” by our neighbors… or those who are marking a different checkbox than us in the voting booth this week?

The Example to Follow:
Wow. Verse 21 get’s even more specific.

“For God called you to do good, even if it means suffering, just as Christ suffered for you. He is your example, and you must follow in his steps.”

Then he lists some specific things Jesus did as an “example” for us when He suffered unjustly. (Fun fact, Peter actually uses a Greek word here—the word for “example”—that is used only once in the entire Bible- a word used for an outline drawing or a copybook of letters to be used by a pupil. In other words- copy this!)

I am challenged by these descriptions of what Jesus did for us in the verses to follow… and what Peter calls us to imitate:

Imagine if Christ followers… followed Christ’s example in this way.

An example to follow. And a little something to pray about in the next few days.

Posted in News | Tags: Christians, Clinton, Trump, who to vote for | Leave A Comment