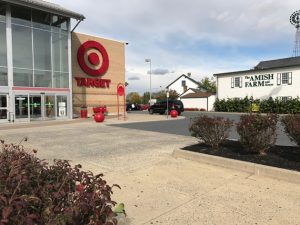 In the beginning of my book More Than Just the Talk I give an example of speaking in a conservative Mennonite Brethren church in Amish, PA, and listening to parents share stories of the racy content their kids were exposed to in this perceived mecca of purity in North America.

This weekend I returned to Amish, PA to speak at yet another church (my third in Lancaster County), and I decided to visit the local Target to take a peek for myself. After all, every other state I visit I hear frustrated parents mumble under their breath, “Maybe I’ll just move to Amish, PA… then I won’t have to deal with any of this!” 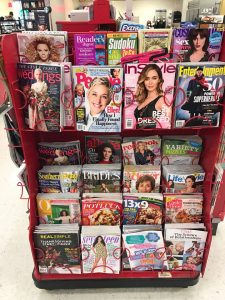 When I first walked in Target I saw spotted several Amish families. Black suits, beards and the women had their heads covered. I saw one family standing at the checkout stand with their kids so I ducked behind a clothing rack and watched.

This checkout isle was no different than any other. A magazine rack bordered the isle, with all the headlines in plain view. And what did the Amish do? The same thing the rest of us do. Read the titles.

The only reason I find this interesting is that some parents who gravitate towards being overprotective parents claim, “My kids don’t see any of this stuff.” They claim that their kid don’t need to have the sex talk, for example, more than “that one time last summer” because they aren’t exposed to any of this?

I always ask these parents, “Do you let your kids out of the house?”

Or more realistically, “Does your kid have access to a smartphone?” (This includes their friends’ smartphones.) 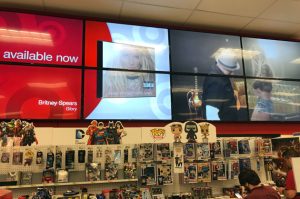 I wandered back to the back of Target and passed the music and video section. Target had a giant wall covered with screens playing music videos from the charts. (Have you seen the charts lately?) I stood their a while and watch what played. I saw Shawn Mendez, Idena Menzel… and Britney (a new song off her explicit album).

Don’t get me wrong, I’m not saying all this content is trash. I’m just noting that the Amish shopping here (along with everyone else in Lancaster) were hearing the same songs and seeing the same images as the rest of us.

After hanging out with a bunch of youth workers for the rest of the evening, they confirmed, “Oh, these kids are exposed to this stuff all the time.”

It’s fun teaching workshops in Lancaster County, PA. Why? Because the parents here realize that, as much as we try to protect our kids, our kids are still going to be exposed to the world’s influences. Especially with the amount of screentime they’re clocking in each day. Our job as parents is to teach them discernment so they’ll make wise choices about Snapchat, Neflix, Social Media… and all the other decisions kids encounter today.

After all. They’ll be out of our house before we know it and then they’ll be making all these choices by themselves.

Are you preparing them for that day?