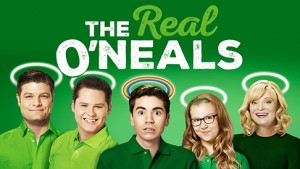 In my lifetime I’ve noticed a huge shift in opinion about Christians and the local church… and it ain’t been good! “Christian” is rapidly becoming a naughty word.

If you ever turn on TV or go to the movies, it’s not uncommon to hear the perception that faith is at the root of a vast number of societal ills. In fact, some have even studied these perceptions of faith and Christianity.

The question I want to ask is, where are people learning this?

1. From Hypocritical Christians Themselves?
It’s hard to argue against this in the aftermath of the Orlando shooting with people like this Sacramento pastor representing us. But even then the question has to be asked, “Do most Christians look like this, or is the media just good at making the minority sound like the majority?

2. From Entertainment Media?
How often have you seen a Christian cast in a positive role in secular media?

This is something I’ve blogged about before… recently with SNL… and we’ve all seen it far too many times in pop culture.

And now Hollywood is providing yet another peek at their view of Christianity. The show is called The Real O’Neals. It’s creative, it’s funny… but how does it portray believers?

Sure, one could argue that it’s just trying to show that “real people have real problems.” So Christians… is this us? Take a peek at this teaser.

What are our friends and neighbors going to glean from this show?

Is any of it true?

How can we use this for conversations about what Christ is really like, and what he can actually do in our lives?