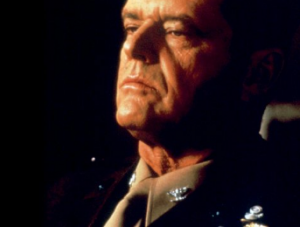 In 1992 Tom Cruise and Jack Nicholson gave incredible performances in the riveting movie, A Few Good Men. In their memorable exchange, Nicholson’s character Col. Nathan Jessup barked out a line so profound that it made it into the AFI’s list of the 100 best movie quotes:

Kaffee: I think I’m entitled to.

Kaffee: I want the truth!

That word has metamorphosized quite a bit over the last two decades. The word is probably on the endangered species list, at least in the definition we once knew. Today’s young people aren’t very concerned about ‘truth’, they’re more interested in ‘what works’ for them.

I wonder what that scene in A Few Good Men would look like in today’s world, just 24 years later, with a Millennial interviewing a Boomer?

Col. Jessep: Well, you aren’t. So do you still want answers?

Kaffee: Not really. But you can share what you find to be true, whatever feels right for you at the moment.

Col. Jessep: This is going to be easier than I thought!

Okay, maybe it wouldn’t have gone down exactly like that, but my point remains. Today young people are defining their own truth. Truth isn’t an absolute, it’s whatever truth is to you!

It’s a convenient morality if you think about it. It allows for quite a lot. And it’s not pestered by that irritating notion of right and wrong. But is this really a surprise, in a world where almost every 3-year-old in American can sing every word to a song saying…

It’s time to see what I can do
To test the limits and break through
No right, no wrong, no rules for me I’m free!
Let it go, let it go…

(Oh snap! I just dissed on the world’s favorite movie! I’m sure to get complaints now!)

Don’t worry. I’m not turning fanatical on you. I’m not going to ask you to stop using a certain hairspray because the company supports a cause I don’t agree with. I simply want us to pause and think about what our kids are gleaning from this culture hook, line and sinker. We’re raising a generation who is learning to make decisions based on a moral code of “what’s right for me.”

I don’t know if you saw the brand new research from The Barna Group revealing three-quarters of Millennials (74%) agree with the statement, “Whatever is right for your life or works best for you is the only truth you can know,” compared to only 38% of the generation of Elders (the Millennials grandparents).

How’s that for a change in morality over generations?

Truth is no longer an absolute.

Truth is no longer something found in a book. 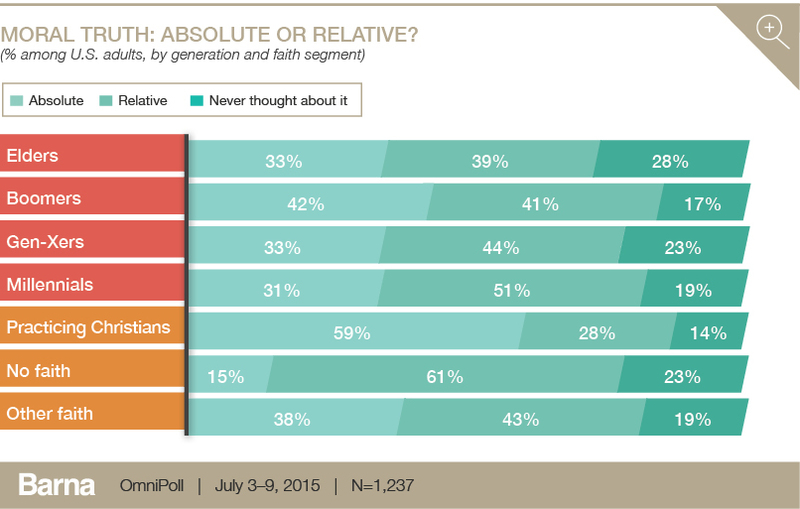 Please understand. This isn’t meant as a criticism of “kids these days.” It’s actually a criticism of us—the adults who have raised them like this. One way or another we have allowed our kids to adopt a very convenient morality: do what feels right in the moment. Go with your gut. No one can tell you what’s right for you.

How do you think young people would respond today if they had a face-to-face encounter with Jesus, and he told them:

2 Replies to “I want the truth… kind of”