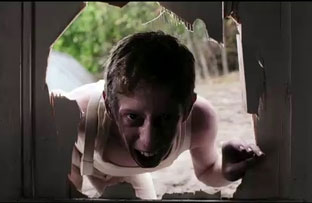 It’s Halloween in America today (as I write here from South Africa), and for many of us, that means it’s time to sit down on the couch, pop some popcorn and watch something scary.

This generation loves scary movies, and honestly, most the films they watch are nothing but feeble attempts at the genre. So what scary flicks are actually worth watching?

As a movie reviewer, I get an opportunity to watch quite a bit of movies, and chat with some pretty cool film makers and talk about this genre. So what are my favorites?

Here’s my top 6 scary flicks… five movies… and one TV show (it’s my list, my rules!), in no particular order: 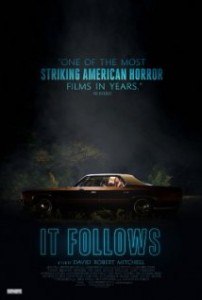 1. It Follows
I’ll start with the most current. My brother, a fellow film geek like me, and co-author of our The Gospel According to The Walking Dead website, told me about this intriguing new film from no-name director David Robert Mitchell. The premise is basically this: as young people have casual sex, something terrible follows them as a result of those sexual encounters. (Hmmmm… metaphorical?)

No, this isn’t something I’d watch with a bunch of teenagers (even though most of them are watching worse), but when you encounter teenagers who have seen it, you’ll find the film’s premise worth discussing.

The film is delightfully original. You honestly won’t have seen anything like it. It has elements of The Ring, the original Halloween, and maybe even your favorite of the zombie genre. Really intriguing film. 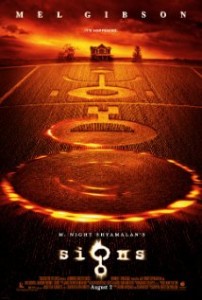 2. Signs
Yes, M. Night Shyamalan, has made a few duds, but Signs is truly brilliant (you’ll also love his films The Sixth Sense, and his recent film The Visit, about two kids visiting their grandparents).

This is one of my favorite films overall, so it’s a cinch to nab a spot on my top 5 scary list. This movie, starring Mel Gibson and Joaquin Phoenix is about a small farming family that wakes up to discover 500 foot crop circles in their backyard. After these crop circles begin appearing all over the globe, the world soon fears invasion from another world. Don’t let the premise mislead you, the film is anything but corny. In fact, it’s quite deep, with some scenes that will springboard some fantastic discussion. We actually provide an entire curriculum with small group discussion questions and a Bible passage on our web site.

Plus, the film is just funny. It will have you laughing one moment, and cowering in the corner the next. A great watch! 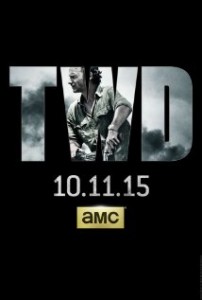 3. The Walking Dead
Yes, I know this isn’t a movie, but there is no way I’m skipping this delightful scary tale. It’s made for television; but let’s be honest, some TV programming today easily trumps current films. The Walking Dead is one of those shows. In fact, many would argue it is the best show on television (which is why we started The Gospel According to The Walking Dead, providing discussions for literally every episode aired).

In 2003 “The Walking Dead” comics garnered such a following that film maker Frank Darabont (The Shawshank Redemption) brought it to the screen… not the silver screen… but the screen in everyone’s home! The rest is history. The show is about leadership, about life and about morality (and it happens to have dead people walking around too). Fantastic show.

It is arguably the best piece in the zombie genre. Sure… 28 Days Later (another fantastic zombie film by Oscar winning director Danny Boyle) was the first story (released one year before the first The Walking Dead comic) with the waking up in the abandoned hospital premise, but The Walking Dead is fresh in every sense. Plus… you can stream it on Netflix! 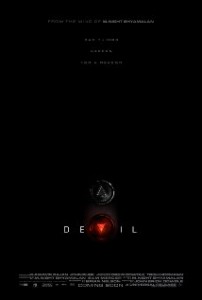 4. Devil
This film is really another way for me to sneak M. Night Shyamalan into my list, because he wrote the script… and it’s amazing. Don’t let the title of the film scare you. The film opens with the scripture verse, “Stay alert! Watch out for your great enemy, the devil. He prowls around like a roaring lion, looking for someone to devour. – 1 Peter 5:8”

When I first heard about this film, I thought, “No way.” Personally, I don’t like films about demon possession (with the exception of the next film on my list), mediums, etc… because it’s very real, and something I don’t want to mess with! But after a few friends told me about the film, and once I discovered that it was written by M. Night Shyamalan, I decided to take a peek… and I’m glad I did. The film has little to do with the paranormal, instead it’s more of an Agatha Christie-esque “And Then There Were None” where people are being murdered one at a time and it’s up to you to figure out who is doing it. The writing is amazing, the acting is brilliant, and the film delivers some great jumps. Spooky, thought provoking, and it will keep you on the edge of your chair the whole film! But most of all… it’s just great story telling. 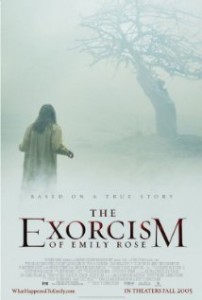 5. The Exorcism of Emily Rose
I love this film and I actually would show this to some teenagers. First, this is a film directed by a Christian filmmaker who loves to use his films to provoke discussion (Here’s my interview with him about the film). The film is really about a court case that eventually argues, does God exist?

The premise, based on a true story, uses the scary events of an exorcism gone wrong to stimulate questions about the afterlife.

I wouldn’t have shown this film to my kids because it would be too frightening. The film is terrifying. But for those parents and youth workers whose kids are the type that frequent movies like the Paranormal Activity films that regularly rake in millions at the box office, this film would be perfect. It’s clean, it’s grounded in truth, and asks all the right questions. 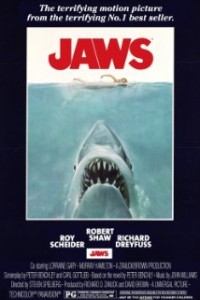 6. Jaws
I always find it funny to see the expression on someone’s face when I tell them this masterpiece is one of my favorites. I can tell when it’s someone who either hasn’t seen it, or hasn’t seen it in a couple decades and remembers that phony looking mechanical shark from Universal Studios and the sequels, which pale by comparison. Do not be fooled, the first film is amazing, hardly showing the shark at all. Spielberg probably scared more people with this film than almost any film in history. I think of the film every time I get in the ocean. If you haven’t seen it in a while, you should turn out the lights, turn up the volume so you can hear John Williams Oscar-winning score, and be ready to be pleasantly intrigued.

The best scene is without a doubt Quint’s story about the sinking of the USS Indianapolis. I still show that scene to illustrate good storytelling in my 10-Minute Talks workshop. I like to show this film to teenagers on what I call a “Dive-in Movie Night” where they all watch the film… in a pool!

What are your scary favorites?