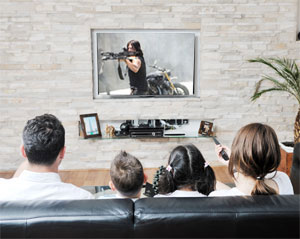 America popped popcorn and settled into their couches Sunday night to watch one of their favorite TV shows… a cable show, no doubt… The Walking Dead. The show drew even more viewers than Sunday Night Football.

I was in SoCal speaking at the National Youth Workers Convention this weekend, so my brother took the reins of our fastest growing blog, The Gospel According to The Walking Dead, writing an amazing post discussing the Season 6 Premiere, and provoking an intriguing discussion about Romans 12. His post was so nerdtastically captivating, I asked him to write more upcoming discussions for the blog.

This is what I love so much about this show. Alexandria serves as the perfect metaphor. You have those who haven’t lived in Alexandria who see the world for what it has become – a decaying apocalypse where you always have to be ready. Outside, a single mistake can cause instant death for you and those in your group. In contrast, people living in Alexandria have lived in a bubble, not knowing that just two miles out of their little paradise is a zombie herd that will eventually wipe them all out. Rick and his group are not unlike the prophets of the Old Testament, trying to convince an unbelieving people that their days of comfort are numbered. The spiritual allegory is not only profound, but also strikingly Biblical.

The whole episode is about Rick’s plan to try and save Alexandria by redirecting the herd. But to me, the most interesting part surrounds the recurring theme of mercy. Rick simply doesn’t believe in mercy anymore because he has just watched too many people die. But some other members of the group don’t necessarily see it the same way that Rick does. Glenn has every reason to feel the same way that Rick does. In the last season, he watched Noah die horribly because of the very selfish Alexandrian Nicholas. But if that wasn’t enough, Nicholas was so embarrassed about this that he tried to kill Glenn in the woods. Glenn gets the better of him, but in an unusual act of mercy, doesn’t kill Nicholas. Glenn seems to be handling the scenario very differently than Rick…