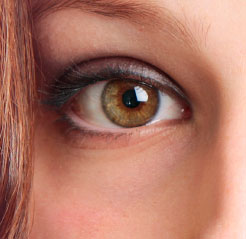 “Turn around! Now!” That’s what she said, and my dad had no idea what to do.

Have you ever noticed that most tough parenting (and grandparenting) decisions aren’t black or white? Think about it. If they were… the choice would be easy. But parenting is never that easy… is it?

Let me give you an example with my own kids a while back– a grandparenting example. This was one of those sticky situations that my dad experienced when my daughters were in eighth and tenth grade and Lori and I were out of town for the weekend.

Papa (my dad) raised two boys, so raising granddaughters for him has been a novel experience. On this particular Friday morning he was trying to get the girls out the door to school and was experiencing what I experienced every day—delay of game due to hair, makeup or clothing emergency. Papa eventually got the girls into the car and not 2 minutes away from our driveway Ashley, my youngest, announced, “Turn around! I need to go back home.”

“Did you forget something?” My dad asked.

“I only put makeup on one eye!” Ashley said distraughtly. “I don’t know how I forgot. I must have got distracted!”

The car was silent for a moment, no one really knowing how to respond. Ashley was crushed. She never had disagreements with her Papa… but the situation was dire, so Ashley pressed. “Papa. I can’t go to school like this! I just can’t!”

Papa was at an impasse. The girls were already late and he didn’t think it was important enough to turn around.

What would you have done? (Chime in- use the comments below)

When my dad told me this, I told him that I would have told her, “Well, you better spit on your finger and wipe the makeup off your other eye then, because we ain’t going back home!” (I have won the compassion award on numerous occasions in my house.)

As it was, Alyssa saved the day from the back seat with the appropriate eyeliners and shadows that satisfied Ashley enough to let Papa off the hook.

If you’re like me, you might wonder what the correct response is in situations like this. Is it okay to make your teenage girl go to school with only one eye made-up and possibly face ridicule in today’s cruel world? Is this teaching her to lay down in the bed that she made, or is this just harsh? What if this was just one instance of many? Or perhaps… is this just one of those female things that dads simply don’t understand?

How should a parent respond in a situation like this?

4 Replies to “What would you have done?”