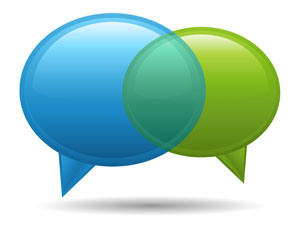 Whenever I bring up the events at Columbine, young people become immediately engaged.

Each day in my blog this week I’ve been giving you a little somethin’ you can use to provoke meaningful conversations with young people. (Already posted two- click here for Monday’s or Tuesday’s.) My brand new book, Get Your Teenager Talking has 180 conversation springboards that “get teenagers talking”… I thought I’d share some with you. I’m giving you one each day:

A videotape was discovered of the two Columbine killers—the two high school boys in Colorado who killed thirteen people on April 19, 1999. The two angry boys turned on the camera a month before their shooting spree and started bragging about their plans to kill everyone and how their parents didn’t have a clue.

Eric and Dylan tell the story of when Green Mountain Guns called their home and Eric’s dad answered. The clerk told him, “Your clips are in.” Eric’s father, who owned guns himself, told the clerk he hadn’t ordered any clips. Eric tells the camera his father never asked any questions, like whether the caller even had the right phone number. Eric said that if either the clerk or his father had asked just one question, the boys would have been caught.

Eric tells another story about going to the mountains with his “terrorist bag” and how the butt of a shotgun was sticking out of it. His mother saw the gun and just assumed it was a BB gun. Eric joked how they could fool anyone, because people like his parents “didn’t have a clue!”

One month and four days after making the video, the two boys killed thirteen people and wounded twenty-four, and then turned their guns on themselves in what was the most tragic school shooting of the century.

Do you think these parents should have noticed some of these clues? Explain.

Insight Into the Question

This situation prompts young people to think about how parents might be able to help, offering guidance and even accountability.

MARK OESTREICHER DESCRIBES THIS BOOK AS… 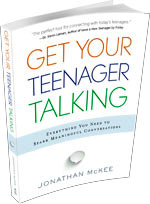 “A bounty of creative starters for deep conversations with teenagers.”
-Mark Oestreicher, The Youth Cartel

GET A SIGNED COPY OF THIS BOOK RIGHT NOW FROM JONATHAN, ONE MONTH BEFORE IT’S OFFICIAL RELEASE!