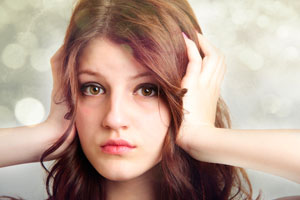 A teenager asked me about illegal downloading of music the other day, wondering if it was legal to turn YouTube videos into music.

“A friend of mine said he researched it and it was okay.”

The timing of her question was interesting, in a climate where I’ve witnessed countless ethical questions being answered with messy morality rooted in ignorance.

So my response to her was as follows:

“Do you really want to know the truth… or do you just want to find someone who can back up what you want to believe?”

A quick Google search will find plenty of people telling us that downloading music is okay, for a variety of reasons, naming policies as unconstitutional, nitpicking laws, twisting them, all stated with absolute authority.

Last week I spoke to junior high students about sex. In my research about monogamy versus promiscuity, I discovered numerous studies arguing the benefits of promiscuity (SIDE NOTE: even in those studies, it was interesting to see the temporary focus, quick thrill, literally labeling the benefit as “fulfilling animalistic urges,” compared to the longterm fulfillment yielded by monogamous relationships). In my research, I even found proclaimed Christians arguing, “Just have sex. The Bible was written in a different context where people were getting married younger and it was much easier to wait.” Flawed reasoning and hilarious misinterpretations of scripture.

Major issues in the church are being argued like this right now. Young people are Googling questions and finding “this really smart guy who sounded like he knew what he was talking about.”

The Internet is good for many things, but one of its drawbacks is the assumed authority young people give anything they find on the web. This might flow from the growing distrust of the institution, and the tendency to listen to ordinary people in mainstream social media.

I think the biggest question we really need to ask “searching” young people today is, “Do you really want to know the truth?”

This world offers plenty of what we want to hear, but as flawed humans, we must understand our own shortsightedness. Pleasure, often wins over truth. The temporary thrill repeatedly supersedes what we know is best for us in the long run.

It’s called “suppressing the truth.” (Romans 1 paints a graphic picture of what it looks like.)

Don’t worry, I’m not saying we should become Pharisees… getting hung up on rules for the sake of trying to earn some sort of perceived righteousness. That would be an effort in futility. But we absolutely do need to be aware of the sin we allow to creep into our lives, which so easily entangles us. We need to let Jesus get rid of it, and fix our eyes on the truth, in the person of Jesus. (Yeah, I kind of stole from Hebrews 12:1,2 right there.)

2 Replies to “Do You Really Want to Know?”