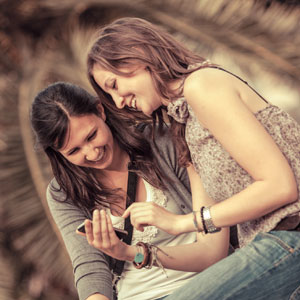 “My kid spends way too much time staring at her phone!”

It’s the number one complaint I hear from moms and dads at my parent workshops across North America—kids spending too much time glued to technology.

So whose fault is that?

“Teens aren’t addicted to social media. They’re addicted to each other.” Boyd says. “They’re not allowed to hang out the way you and I did, so they moved it online.”

It’s true. As a teenager in the early ’80s I could roam pretty widely with my friends, as long as we were back by dark. But over the next three decades, the media began delivering a metronomic diet of horrifying but rare child-abduction stories, and parents shortened the leash on their kids. Politicians warned of incipient waves of youth wilding and superpredators (neither of which emerged). Municipalities crafted anti-loitering laws and curfews to keep young people from congregating alone. New neighborhoods had fewer public spaces. Crime rates plummeted, but moral panic soared. Meanwhile, increased competition to get into college meant well-off parents began heavily scheduling their kids’ after-school lives.

I can’t argue with Thompson. I certainly was out of the house and hanging with my friends “face to face” way more than my own teenagers are today.

But this might just be a chicken or the egg argument. Are kids truly home chatting with their friends electronically simply because they are “scared” or “banned” from going outside, or are they not going outside because of the ease of these e-channels?

Regardless, this fact remains. Kids love hanging out with each other. They love relationships and they long to connect… even with adults.

Are you using this opportunity to meet this need and connect with teenagers? 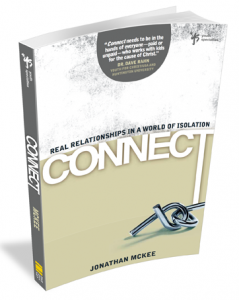 2 Replies to “Craving Face to Face”