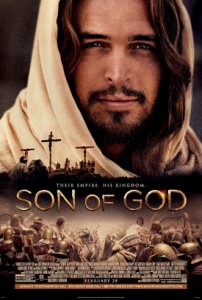 I usually try to keep up with upcoming films, but this one caught me off guard, a new film about the life of Jesus, coming to the theater this February.

The film is titled, Son of God. I saw the preview for the film when my family all went to see The Secret Life of Walter Mitty (really fun movie- worth seeing in the theater) the afternoon of it’s release. It was an interesting set of previews before the PG Mitty, with both Son of God and Noah (coming in March). It’s intriguing to see a surge of upcoming films telling Biblical stories (including one I’m a little nervous about).

Apparently Son of God is based on the History Channel’s miniseries The Bible, featuring scenes from the series and footage from the cutting room floor.

What are your expectations with this movie?

5 Replies to “Son of God Movie”