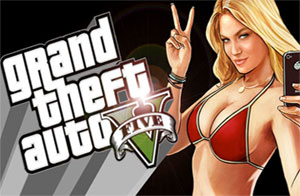 I received some interesting emails and comments in response to my How to Kill a Hooker blog post a couple weeks ago. The post was about the new wildly popular, violent and sexually charged video game Grant Theft Auto 5 (GTA 5).

Here’s a response from a gamer named Anthony who shared some intriguing insight from the perspective of someone who has played the game. Anthony tried something unusual. He tried to play GTA 5 and “obey all the rules.” The results were fascinating:

As a youth pastor and a gamer, this debate has been circulating for quite some time, and unfortunately I’ve never been able to comment on it.

Up until a few weeks ago, I had never played a GTA game in my life. I’ve played other Rockstar games like Red Dead Redemption and LA Noire, both with the same rating as GTA. However… the differences in the games are striking. GTA is supposed to be a commentary on the American way, and how people getting dropped off in the “free world” really does leave them with little choice of what to do (and how a life of crime is seemingly more rewarding than an honest life). The other games, especially Red Dead, are masterful stories that blend into the very character of the protagonist and force you, the player, to think about the choices that you’ve made and even some of the ones your character has made in the past. It made you think about morality, the value of human life, the cost of revenge, and if you could ever, really, make up for the rotten things you’ve done in the past. People would argue it’s the same for GTA, but the story seems to get drowned out in the middle of all of the… garbage.

One of the jobs the main character did was to protect a random guy he just met during a drug deal gone bad, so he shot all the other drug dealers. Why? There’s no question of morals here. He shoots them because someone asked him to. And they might have been in the same boat he was in, just hired to do a job. Afterwards, he gets paid. There’s no deep quote to think about your actions, there’s only Pavlov’s button that gets you drooling for more action and less thinking. I haven’t finished the game.

I found myself following all the rules. Not stealing cars, obeying traffic signals, yielding to pedestrians, and staying on the correct side of the road. What ended up happening was… I wasn’t having fun. And in the end, playing video games is what I do for fun. And in order to do that, I felt like I was forced to break all the rules, drive like a maniac, and score more points.

I disagree with the idea that GTA teaches you HOW to kill a hooker. But I also disagree with the idea that in order for a game to be fun, you have to be ruthless and uncaring to the “people” in it. What it also teaches you is that the consequences to such extreme actions are minimal at best. There might be fines, or you get shot a lot and end up outside of the hospital and start the mission over. You might have to wait a few minutes, but years? A lifetime? Nope. Something that should always be taught is “you are free to do whatever you want, of course. You can have sex with and kill a hooker so you don’t have to pay her, if that’s the case. But, you cannot choose or avoid your consequences.” GTA takes away those consequences. And what that ends up teaching is not that it’s not bad, but that’s it’s only REALLY bad if you get caught.

I won’t play a GTA game again, and my children will certainly not play it until they are over 17, the age at which M-rated games are supposed to be played. But I imagine that the way I raise my children, they will have the same problem I did and find it unentertaining and aggravating.

You can read more from Anthony in his new blog HERE