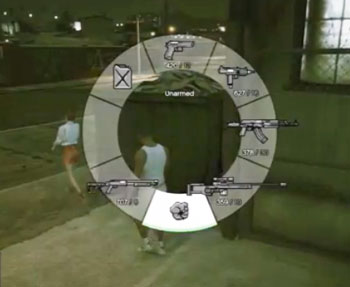 Hey kids, it’s that time again! Grand Theft Auto just released their brand new game, Grand Theft Auto 5 (GTA 5). The game broke all the records, raking in literally a billion dollars in the first three days. It’s the hottest thing on the shelf right now for young gamers… oh… and it teaches you how to kill a hooker.

In a country where over 90 percent of young people between the ages 2 and 17 are playing video games, this is pretty concerning. In fact, there are so many distressing elements in this game, I can’t even begin to talk about them all (getting lapdances from topless strippers, killing cops, watching others have sex), so for the sake of time, I’ll just discuss one element: picking up a hooker and killing her when you’re through with her.

Like the past Grand Theft Auto games, your character can pick up hookers and choose multiple ways to have sex with her. In GTA 5 gamers can choose oral, vaginal, or anal sex. If young people are confused how to do this, they simply pull out their phones and Google “sex in GTA 5” and they’ll find plenty of helpful YouTube videos where other gamers describe how to pick up hookers and get your thrill. Sadly, I’ve reviewed 5 of these tutorial videos today, and in every single one of them the gamer kills the hooker when done, that way he doesn’t have to spend his money on her. In this video, for example, he has all three varieties of sex with her, then runs her over with his car three times, backing over her, and finally smashing her up against a fence.

And why is it that this kind of entertainment is allowed?

Oh yeah… freedom of speech. I’m sure this is exactly what our forefathers had in mind.

Some parents think, “Well, my kid would never play a game like that.” That’s exactly what my friend John thought last week. And he was right. His 16-year-old daughter Elise wouldn’t play a game like that. But when she and her BFF went to their friend Josh’s house, Josh and his buddy Chris were sitting in the living room wearing headsets playing the game.

Elise knew Josh from her church.

Elise didn’t pay much attention at first, but when she saw a guy having sex with a girl right there on the screen, she took off Josh’s headset and asked him, “What the heck are you guys playing?”

Josh argued, “Oh, I just ignore these parts. I need the points real quick.” This wasn’t his first time playing the series. In past Grand Theft Auto games, characters could restore their health to 100% when they had sex with a prostitute.

Josh’s mom didn’t have a clue what he was playing.

I wish I could tell you that was the reason so many kids are playing this game, because mom didn’t have a clue. Sadly, that isn’t always the case. Common Sense media recently posted a review for this game, and numerous parents commented on the reviews. Here are snippets of just the first 4 comments on the page. They all are truly mindboggling:

Are you getting the picture of why so many kids own this game?

What has been your experience with kids playing this game?

David and I analyze this disconcerting new game in this week’s Youth Culture Window article and provide parents with some healthy ways to respond.

ENJOY THIS POST? CHECK OUT THESE BOOKS FROM JONATHAN