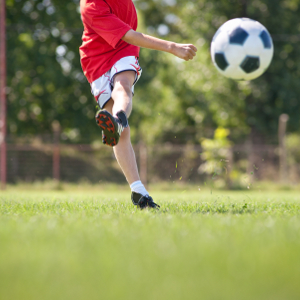 The night I arrived back to the US after two weeks from Uganda, I had a dream.

I was playing soccer (football, if we’re in Uganda) and was the left wing—that’s the forward on the left side. My friend Marko was my goalie and he kicked a beautiful kick up the left side, right in front of me, yelling, “Jonathan, go!” It was a clear opportunity for me to score.

This is one of those moves professional players can do with ease, but you’ve seen amateurs blow a thousand times. It takes the skills of controlling an incoming ball while running, not a simple task, by any means. It’s a skill I remember drilling with my daughter’s team a hundred times. A ball kicked from a goalie is airborne, coming fast over your shoulder, and if you’re a left wing, it’s usually heading out of bounds if you don’t quickly control it, and take it up field to score.

In the dream Marko’s kick was beautiful, I had a clear path to the goal… all I needed to do was control the ball, take it up field and score. If my skills were up to par and if I had been practicing then it should have been no problem.

As the ball rolled out of bounds everyone moaned. Other team’s ball.

I don’t read into dreams, but the timing was interesting. I just spend two weeks in Uganda training youth workers to look for opportunities to reach young people for Jesus and disciple them. In Uganda, the harvest is plentiful. Those who are “playing the field” are being served up beautiful kicks every day. The question is, are we doing something with the ball… or are we flubbing it?

These Ugandan youth workers were so hungry and so teachable. They wanted to reach kids and they knew they needed to keep their skills sharp.

Are we keeping our skills sharp?

Are we making use of every opportunity?

Are we “prepared to give an answer to anyone who asks about the hope they see within us?”

Or… are we gonna flub it?

I hate flubbing it!

(or did I really misinterpret this whole thing, and really it’s that Marko offered me to come to his cool event THE SUMMIT and I declined because I was speaking somewhere else… and that was my flub!)