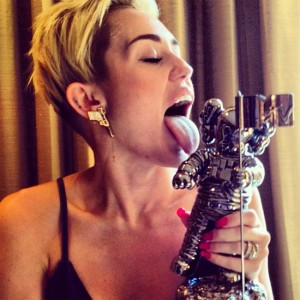 The question is: what will young people take away from Sunday night’s show?

This Sunday night literally millions of young people will be watching the MTV Video Music Awards (the VMAs), an event where the most popular celebs in music, movies and television come together to celebrate the greatest music videos of the year. This event always provides a sobering glimpse into the window of youth culture, revealing a remarkably accurate cross-section of the kind of content young people have been absorbing in the last year through their headphones and those handy little screens in their pockets.

I’ll be watching it, so you don’t have to. It’s one of the two times a year I actually watch MTV, just to keep my thumb on the pulse of youth culture. Monday we’ll be posting our two cents (here’s our 2012 article) as a Youth Culture Window article on the front page of our sites (subscribe to those free articles here).

What can we expect from this year’s VMAs? Allow me to think out loud:

Countless other performers and presenters will be there as well, and many of our kids will be taking it all in on the sidelines.

It’s sad that these celebs are today’s heroes and role models.

What do you expect to see? What do you think many of our kids will be gleaning from this event?