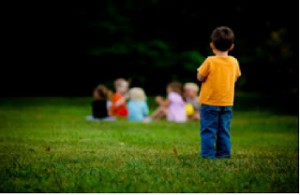 It’s a term young people have latched onto in the last year, expressing exactly what the acronym says, “You only live once.” But as popular as YOLO is (I’ve written about YOLO before), this attitude might not be quite as prominent as FOMO, the “Fear Of Missing Out.” Because, in today’s world of hyper-connection… no one wants to be the last one to know.

College Humor captured this phenomenon well in this hilarious YouTube video I’ll be showing to student leaders in my workshops about technology at the SLC2013 conventions.

We’ll probably be seeing more of these. A few other funny FOMO videos have surfaced already.

This phenomena goes beyond the desire for social interaction. Young people just want to be in the know! Early this month Ypulse asked Millennials14-30-years-old about their attitudes toward being informed and discovered 67% would rather be last to know, but know the information is accurate, while 33% (yeah… that’s a third of this group) would rather be the first to know, but know that it’s occasionally inaccurate.

Why do you think young people today have this innate desire to be “in the know”?

How has technology catalyzed this?