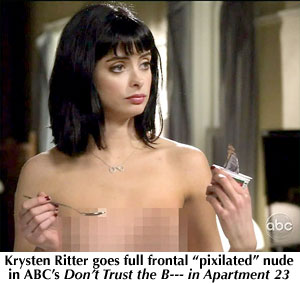 The rumor is true, the FCC is considering allowing more sex and nudity on televisions. Their website posted a public notice last month proposing an end to “the prohibition of expletives and certain images of nudity on television.” Then clean shows like CBS’s Two and a Half Men could finally let loose and tell racy jokes… uh… oh wait…

People are reacting to this FCC news in two ways:

Does the outrage surprise you?

Sure, I expected the Parent’s Television Council (PTC) and other conservative groups to be outraged, but 95,000 comments? This backlash is a little surprising in a world where the top songs and videos are consistently vulgar and network TV shows consistently push the limits.

America is a little schizophrenic
…or they just aren’t paying attention. For years MTV, Fox and CBS (a hodgepodge of cable and broadcast television networks) have all been providing pure garbage on the shows teens love. Sure, the f-words have been bleeped and the nudity blurred… but garbage nonetheless.

Then America will have a little relapse, or “reality check.” Beyonce will do her normal thing on a SuperBowl halftime show and people become outraged.

They have their head in a box. Beyonce just did the exact same thing she always does for their children in private (on YouTube, in their rooms, via their mobile devices)… but this time in front of 50 million Americans gathered around the TV with grandma sitting right there! Awkward.

Or does America really care?