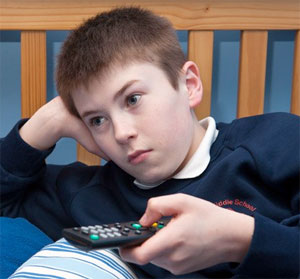 “It’s crucial to get to know them now in order to better understand who they’ll be tomorrow.” –The Teen Transition, Nielsen, 4/16/2013

I start the majority of my workshops with a youth culture quiz. I ask parents and youth workers, “Do you know today’s teenagers? Are you familiar with their culture, attitudes, habits and trends.”

But keeping up with today’s teen is no easy task, because the only constant is change… especially in the area of technology. 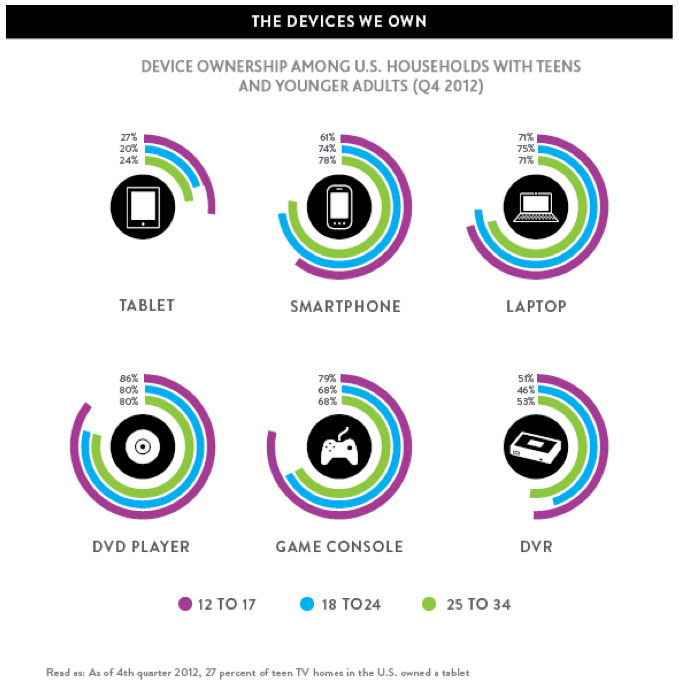 Of course, this little graphic doesn’t include Christmas 2012. Take that into consideration, and the rapid rate of annual increase, and you can probably now add almost 5% to some of those numbers above.

Teens are moving towards mobile; maybe this is why they are watching more mobile video than any other age group… that is… until they turn 18. Then they spend more time watching video on the internet. But don’t misunderstand the numbers. Both of these platforms are trumped by how much time they spend watching content on the traditional television… they still opt to spend most their time in front of that screen.

More about this in this recent Nielsen report.

Do you know what your teenagers are watching?

Are you having conversations with them about what they see?