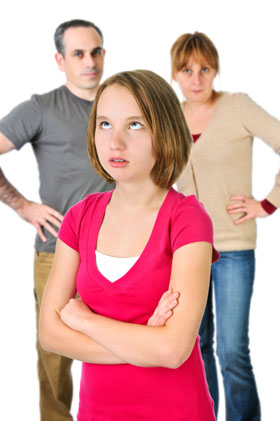 The blogosphere is currently bursting at the seams with insightful posts and articles from parenting authors providing helpful social media rules and guidelines for their teens and tweens, everything from iPhone rules, Instagram guidelines, to general social media parenting advice how to monitor your teenagers online activity (in a world where Facebook is just one of many choices).

I’ve been using some of these articles as discussion-springboards with my daughters. After all, the one common denominator almost all this research shares is the advice to parents to regularly dialogue about this with their kids.

Ashley (my 15-year-old), of course, is all “sighs” during these conversations. If I bring up social media, she rolls her eyes, exhales loudly, and proclaims, “Dad, have you ever had any problem with me and this stuff? No. Then relax!”

If I only had a dime for every time my daughter told me to relax.

Yesterday, after asking Ashley a little about Instragram and showing her an article with parental guidelines, she sighed, rolled her eyes, and informed me that its parents who really need a list of rules for social media. “Because if parents expect us to talk with them about this stuff, they need to not be so dorky.”

“Oh really?” I asked? Trying not to sound defensive.

“Relax Dad. I’m not talking about you. It’s those creepy parents!”

Then she began to list her rules. NOTE: When she said them, she was just ranting to me, but I started quickly taking notes (which was pretty difficult while rolling on the floor laughing). She didn’t intend for me to post this rant. It was only afterwards when I asked, “Can I post these?” She agreed for a small price.

So pardon her sarcastic tone. Just think of this as ‘the things teenagers might want to tell us, but never do.’

So here they are, and I guess when you read them… you’ll know if you’re a creepy parent or not… according to Ashley.

I was guilty of one of these. One out of seven isn’t bad, right? Does that make me creepy?

Alyssa (my 17-year-old), agreed with most of these, but inserted, “Yeah, but just because Ashley has never used SnapChat for bad doesn’t mean that all kids are innocent of that. Parents need to know their kids.” She also added that “It’s okay when some of my friends’ parents comment on my pictures or posts. That’s nice. Just not every picture and post.”

So… are you a creepy parent?

2 Replies to “Ashley’s Rules for Parents”