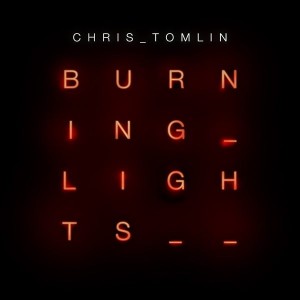 It’s time to give away some CD’s. I have 5 copies of Chris Tomlin’s brand new Burning Lights CD, releasing January 8th, and I’m going to give them each away to five winners (WINNERS POSTED BELOW more on that in a minute).

Chris Tomlin delivers once again with this CD. My favorite is probably the first song, track 2, Awake My Soul, where he joins with Lecrae for a song that you’ll eventually hear sung in churches around the world. Tomlin’s music has that impact.

Tomlin has a way of putting God’s word to melody like no other. The first time I heard track 3, Whom Shall I Fear, I found myself worshipping along with song.

The whole album is good. My favorite might just be track 11, Thank You God, featuring Phil Wickham. It’s a sincere and honest prayer.

This is one you’ll definitely want to get!

So let me start you off by giving 5 people the CD. Here’s how we’ll do it: I’ll randomly chose 5 people who use the comment feature in this post and post two things:

WINNERS: Great list of songs posted. Thank you all for your submissions. I think Matt Redmond’s 10,000 Reasons was the overwhelming choice of Christian songs. And secular… maybe Call me Maybe. Here’s the 5 winners: