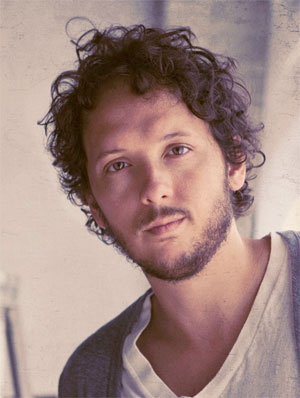 This past weekend has been exhausting… and refreshing.

I had the privilege of teaching once again at the National Youth Workers Convention (NYWC), this time in Dallas. I taught two workshops, shot three training videos and went to numerous meetings. As much as I actually enjoy most of these venues… I think my favorite moment of the entire weekend was a few minutes with the band Gungor.

I have to confess, I’m not a fan of a lot of Christian music. Don’t get me wrong. I like some Christian music, we even have a rule in our house where we only listen to worship music the first and last hour of the day. So we’re always on the lookout for good worship music.

My daughters and I “homeshare” our iTunes account so we constantly are dialoguing about a Crowder album or Shane and Shane song. In the last year, Gungor has become one of our favorites.

When my girls heard that I was going to get to hear Gungor at the Dallas NYWC, they were both excited for me (and a little jealous). Then Doug Fields invited me to go back stage with him and I turned into a junior high girl. “There’s Michael Gungor!!!!”

I tried not to drool or do cartwheels, so I just walked up to him and extended my hand. “Hi, I’m a big fan!” He shook my hand and thanked me. Then I hesitated for a moment whether to ask him anything else, but I thought, what the heck! So I asked him if he would say something into my phone for my daughter Ashley to encourage her to keep listening to Christian music at night. He was a little shy, but he agreed. So I turned on my iPhone cam, and he said, “Hi Ashley, I’m Michael Gungor…” and said a few words to her.

Then they took the stage.

Those few moments were truly my favorite in the conference. I kept tweeting little messages of excitement to my Twitter followers. “Gungor is awesome at @nywc right now. Who else could rock a banjo, a chello, and a glockenspiel and make it sound cool!!”

The band played Dry Bones, Beautiful Things and a few songs off their new album. Then Michael’s wife (beautiful voice) sang the Hallelujah song that is on the Shrek soundtrack and has been sung on American Idol on numerous occasions in the last few years… best I’ve EVER heard it performed!

Doug Fields wrapped up the conference with a powerful talk challenging us to just slow down and abide in Christ… to rest. Funny that my favorite moment of the weekend was stopping and just sitting with thousands of believers, signing and worshiping with Gungor—a true glimpse of what heaven will be someday.

2 Replies to “Soaking in Gungor”