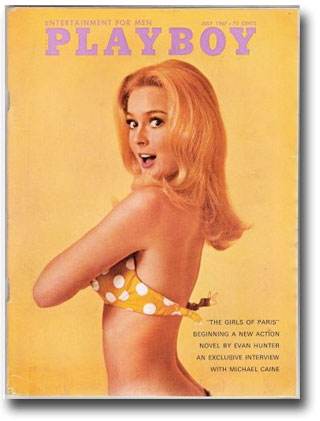 People have described me as “edgy” at times when I speak, because I’m not afraid to talk about the uncensored truth. I’ve even offended a handful of ultra-conservative individuals when I shared my talk, “Sex Isn’t Naughty,” using scriptures like Proverbs 5:18-20 to teach the unedited truth about God’s design for sex.

I encourage you to read the whole article, so we don’t take her words out of context. It’s a thought-provoking article suggesting that pornography today has distorted sex to become something unhealthy and harmful, influencing how girls view their own maturing bodies, and shaping their perspective on what’s arousing to others.

But, having just co-written a Youth Culture Window article, posted yesterday, about the rise of sexual TV programming and the regrettable consequences young people experience, I can’t help but chuckle at Dr. Diller’s hints that Playboy’s centerfolds are just not that big of a deal. Diller goes on to describe the HBO series Girls as “refreshing” because…

I’m not going to call it a “slippery slope.” I’ve seen too many people start becoming Pharisaical on the issue, becoming more obsessed with the rules than the truth behind it all. These people often lose sight of the fact that God created sex and that sex is an amazing gift for a married couple to enjoy.

The truth lies somewhere in the middle, understanding sex as a wonderful gift… while extremely aware of its lure when perverted.

I walk that line.

MORE FROM JONATHAN ON THIS SUBJECT:

Lust or Love in Today’s Music

I’m to Sexy for My… Costume?

BRING JONATHAN OUT TO SPEAK ON THE SUBJECT