My son Alec went to see “The Amazing Spiderman” on opening day with his friends. Alec, a true Spidey fan, has been eagerly awaiting this release and was ecstatic to finally see this. So I asked him to give us his two cents on the film. Alec not only provides a fun teenage insight, but he also gives a glimpse from the perspective of someone who was bullied as a younger teen. Here’s his take: 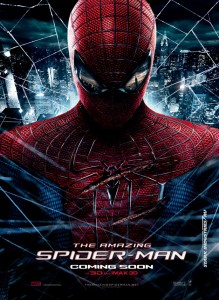 It was all I could do to keep from peeing myself when I was walking into the theater to see The Amazing Spiderman. I was so exited to see one of my childhood idols being portrayed in what I was sure to be an accurate representation of who he really is– a wise-cracking high-school nerd who was gifted with fantastic powers that allowed him to stand up for those who couldn’t stand up for themselves. For some reason, as a small social outcast, this idea was very appealing to me.

From the get-go my eyes were glued to the screen and my attention was firmly locked on the unfolding plot in the young life of Peter. The humor in the movie was tasteful, and had the audience giggling throughout the entirety of the flick. Peter’s character was just fun to watch, and even more fun to root for as the main character. Even in the slow parts that weren’t packed with action, I was loving every minute of dialogue and every deft weaving of story development, further proving that this movie wasn’t just another effects-driven cluster of incomprehensible explosions and stale-plotted hero antics.

The revamp of this timeless superhero story was more than called for after the previous interpretation of Spiderman was debuted on the silver screen, where the character of Spiderman just wasn’t right in my opinion. I liked Toby Maguire in Seabiscuit, but I don’t think he was the right casting choice for Peter Parker. He wasn’t as smart-alecky, didn’t make his own web shooters, and was a little too angsty for me to believe that he was the Peter I had come to know through my comic books. Sam Raimi who directed the previous Spiderman in 2002, didn’t make a bad flick. It just wasn’t as good as it could have been.

Fast forward to my experience with the new 2012 version of the Marvel hero. All in all, I was geeking out during the entire movie. My friends had sore arms by the end of the film, because I kept excitedly jabbing them with my elbow whenever I was  sent into delighted hysterics at the sight of my childhood hero. Perhaps my fervent love for the comic-book Spiderman and all other things Marvel is hopelessly biasing my opinions and blinding me to the truthful evaluation of the movie.

But Spiderman did more than capture my attentions when I was small. He inspired me when picked on by other kids. There’s always debate as to whether one should stand up for himself when being bullied (often the strongest opinions from those who weren’t bullied). When I was verbally assaulted by bullies, I often tried snappy retorts that Peter Parker had previously uttered. Did it make bullies leave me alone? Not at all, but it made me feel like I had an invisible ally that wouldn’t leave me hanging.

Sounds familiar to someone we know, doesn’t it?

So Spiderman has a special place in my heart. To me… he’s truly the Amazing Spiderman. It was fun to see a film finally portray that. 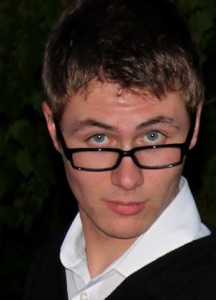 Alec McKee is 19-years-old, loves art and movies. When Alec isn’t working or attending college, he’s drawing or watching films with friends. You can catch a glimpse of Alec talking to young people about bullying with his dad, Jonathan McKee, here.

4 Replies to “The Amazing Spiderman”