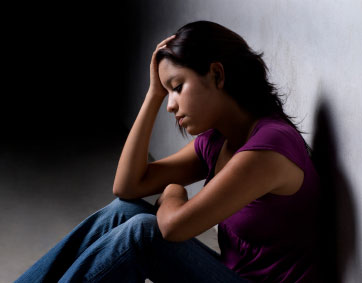 Last Sunday, on Father’s Day, I preached 4 services at a local church here in the Sacramento area. I gave a new talk for dads titled, “Daddy… Notice Me.”

My typical routine is to manuscript the entire talk, but then learn it well enough to do it extemporaneously without notes. That’s what I did on Sunday. Here’s a peek at the beginning of my manuscript, for those who are interested, and then a link to the audio on the church’s site if you wanna hear the talk online.

It was about 7:25 AM on a Wednesday morning last January, and I said the coldest meanest cruelest thing you could say to a teenage girl. I said…

“Where is your coat?”

Yes. Those were my cruel words. That was my heinous crime. It’s 28 degrees outside, my daughter comes downstairs in jeans and a t-shirt and I ask her, “Where’s your coat.”

Ashley responded to my atrocious and brutal demands.

That’s how the argument started. Sounds innocent enough, right? It’s January. The cars are all covered with frost. The cat is frozen solid on the back lawn! Isn’t it logical for a dad to ask his 14-year-old daughter where her coat is?

That’s what I thought. Fast forward just two minutes and you would have witnessed a full-blown apocalypse—tears, yelling, backpacks getting airborne. Even the dog retreated to the other room.

Where is that sweet little girl that used to look up to me with her big blue eyes and call me Daddy?

Apparently I didn’t get the memo that there was a jacket shortage in the house. Strike that. Thirteen different girls’ jackets habitat our front closet, just no fashionable jackets, worthy of a stylish freshman girl. That’s why my coat mandate was met with such opposition.

I didn’t see it coming. Having no clue that this would forever be remembered in the McKee house as ‘the coat incident of 2012,’ I maintained my ground. “Sorry Ashley, it’s January. You can see your breath. Put on a jacket and let’s go!”

Houston, we have liftoff.

No need to tell you the rest of that story. If you have a teenage daughter you’ve lived that story.

What am I missing here? Am I that clueless? Does raising teenage girls require drama? Is this an MTV reality show or my house?

Being a dad is difficult. This kind of stuff makes us hesitant to intervene.