Day one I wrote about why we need to talk to our teens and tweens about sex. Day two I kicked off the Four Facts About Sex We Just Can’t Hush, with Fact #1: SEX ISN’T NAUGHTY.

Today it’s time for the second fact about sex that we just can’t keep to ourselves!

Consequences aren’t fun. Can’t we just pretend they’re not there?

That’s the message entertainment media is communicating to young people today. It’s a message we would love to believe.

A few nights ago my wife and I watched a rerun of CBS’s creatively funny, The Big Bang Theory (one of the 5 most popular shows on TV on any given week). In this particular episode, the sensitive nerd, Leonard, hooks up with his friend’s sister the day he meets her. As they’re getting up from sleeping together, he gingerly mentions his willingness to go further with the relationship. She callously objects, clarifying that sleeping with him didn’t mean anything.

The show progresses with no apparent consequences. Such is TV today (Look at the pie chart at the bottom of this blog two days ago to see an example of exactly what percentage of sexual dialogue is “responsible” on other popular shows.)

Do our kids know that this isn’t the way it’s supposed to be? Sex isn’t supposed to be a recreational activity that we do with people we meet each day. It’s something much greater than this.

Are we talking with our kids about the truth? Do we use “media moments” to have these discussions with our kids?

Sin 101
Yesterday I emphasized the point that sex isn’t naughty. Sex is a wonderful gift that a man and woman can enjoy together when they commit to each other in marriage. The Proverbs 5 passage I shared with you yesterday talks about some of this enjoyment in explicit detail. See verse 19:

may her breasts satisfy you always,
may you ever be intoxicated with her love.

This is the way that it’s supposed to be. This is just a glimpse of good sex.

But our own flawed tendency is to take good things and try to twist them and make them better. It’s something that has happened since the dawn of man. Adam and Eve could have anything they wanted… “but that forbidden fruit sounds really good!” We’re inherently flawed. Men like their wives’ breasts, so why not enjoy other women’s breasts too? Why not “hook up” with anyone we want purely for fun.

As you well know, our culture even has terms for this, terms like “hooking up” or “friends with benefits.” A movie of that same title might just accurately represent how young people actually view relationships today. Ypulse’s Gen Y expert Melanie Shreffler seems to think so:

“Friends With Benefits (the movie) is a good representation of Millennial relationships. They believe that relationships can develop from friendships and from one night stands…. Millennials believe in trying things out before settling on a decision.”

This isn’t anything new. Mankind has always tried to do things their own way rather than God’s way. It’s sin 101. “I believe in you God… but I really want to enjoy this temporary thrill.” The book of Genesis is full of it.

Consider the Consequences
That’s why this Proverbs passage goes on to offer some great advice. Look at verse 20.

20 Why, my son, be intoxicated with another man’s wife?
Why embrace the bosom of a wayward woman?

The Proverbs poet makes it clear. Why would you go outside of marriage for sexual pleasure? It’s meant for marriage. If you read the verses that follow you’ll see some of God’s reasoning why:

21 For your ways are in full view of the LORD,
and he examines all your paths.
22 The evil deeds of the wicked ensnare them;
the cords of their sins hold them fast.
23 For lack of discipline they will die,
led astray by their own great folly.

What an awesome passage to talk about with our kids! Choices have consequences. We could probably even ask our kids to name some of the consequences the verses list here: God sees everything we do and is examining our actions, our evil deeds will ensnare us, we’ll be tied down by our sins….

We could also have them list some modern day examples of each of these.  (Yes, I just gave you discussion questions.)

For further teaching: We could open up I Corinthians 6:12-20 and teach the concept of sexual immorality (vs. 18), defining it. (I always define it as the “voluntary sex of an unmarried person. More on the definition of “sex” in tomorrow’s blog, Fact #3). God wants us to enjoy sex in marriage, but literally flee sexual immorality. Ask kids what “flee” means.

Explicit Grace
The Bible isn’t ashamed to talk about sex and consequences in graphic detail. Why should we be scared to do the same? For some reason God chose to tell us the truth in explicit detail. Sometimes these details show just how much God loves us, even though we are terribly fallen and corrupt.

8 Then Judah said to Onan, “Sleep with your brother’s wife and fulfill your duty to her as a brother-in-law to raise up offspring for your brother.” 9 But Onan knew that the child would not be his; so whenever he slept with his brother’s wife, he spilled his semen on the ground to keep from providing offspring for his brother. 10 What he did was wicked in the LORD’s sight; so the LORD put him to death also.

Perhaps we should edit this filthy material, eh?

Oh snap! It’s from the Bible?

I’m not saying that this is a “go to” passage when teaching 6th grade Sunday school, but you might want to consider how you’re going to answer your kids’ questions about it when you’re reading through the book of Genesis as a family.

In our family Bible reading we actually encountered this passage just a few months ago, having a great discussion about how much God loves widows and orphans and doesn’t like anyone to take advantage of them. (Onan was denying Tamar an heir). The rest of the passage is pretty explicit as well. Judah sleeps with Tamar, thinking she’s a prostitute, she gets pregnant, Judah is going to have her burned to death for committing adultery (even though he did too). It has twists and turns like a Shakespearean play. Amazing story.

Funny, when you look back at the genealogies, Tamar’s line is the one from which Christ was born! What a great lesson for teenagers about how God takes the sinful pasts of mankind and uses it for good. Yes, sin has consequences. But God loves us despite of our mistakes.

These passages include some pretty graphic stuff. And for some reason the Bible didn’t edit the stories. We need to teach our kids about these kinds of real life consequences and God’s love for us throughout.

So don’t keep these facts to yourself. Share them in explicit detail: 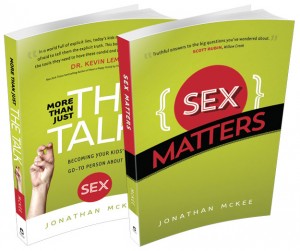